Girl, fiance gunned down for speaking before marriage in Sindh

Girl, fiance gunned down for speaking before marriage in Sindh

Matern­al uncle of the girl opened fire on couple after spotti­ng them togeth­er in Ghotki­
By News Desk
Published: January 4, 2018
Tweet Email 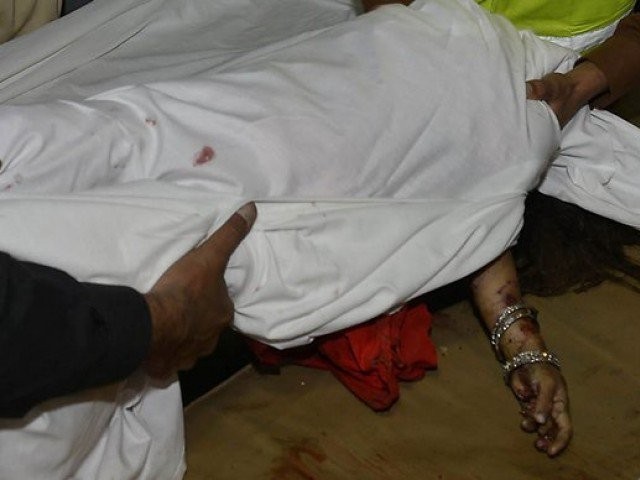 The couple were gunned down for speaking with each other before marriage. PHOTO: FILE

A girl and her fiancé were gunned down, allegedly by the girl’s maternal uncle after spotting the couple chatting with each other in Sindh’s Ghotki town on Thursday.

The girl, identified as Nazeeran, was speaking with her husband-to-be Shahid in Nayi Wahi village in the suburbs of Ghotki when seen by her uncle, who opened fire on them out of anger, Express News reported.

According to police, the victims were each other’s cousins and the incident was a case of ‘honour killing’.

Their bodies have been handed over to the family.

Two suspects, both of whom happen to be the girl’s uncles, have been arrested so far. Further investigations of the incident are underway.

Illegal “honour” killings are pandemic in the country, and women are its predominant victims. More Pakistani women are murdered at the hands of close family members for supposed immoral behaviour than Pakistani civilians are killed by terrorism.

The Human Rights Commission of Pakistan (HRCP) has reported an average of 650 “honour” killings annually over the past decade. But since most go unreported, the real number is likely to be much higher.