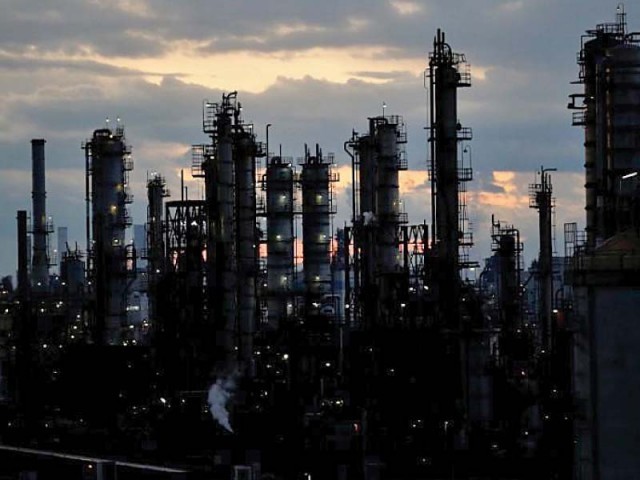 For its strategic and economic reasons, Chinese want to develop the SEZs that fall on the eastern alignment or in its proximity, said officials in the Board of Investment. PHOTO: REUTERS

ISLAMABAD: China has not formally agreed to prioritise the development of Rashakai Special Economic Zone that falls on the western route of the China-Pakistan Economic Corridor (CPEC), despite a rare unanimity of views between the PML-N run federal and PTI’s Khyber-Pakhtunkhwa (K-P) governments.

The minutes of the seventh Joint Cooperation Committee of the CPEC reveal that Hattar Industrial Estate-II, which falls on the eastern alignment of the CPEC, remains the priority of China. The JCC – the highest decision making body of the CPEC – had met in Islamabad last month.

The minutes of the meeting showed that Chinese experts prevailed over Pakistani authorities on the issue of selection of sites for setting up special economic zones that are the linchpin to long-term bilateral strategic economic cooperation between both countries.

Experts from Pakistan and China had spent considerable time trying to convince each other on the issue of picking up a site for setting up the industrial zone. Both the federal and the K-P governments wanted to construct Rashakai-Mardan, as the prioritised SEZ. However, China wanted to promote the Hattar site, which is near Havelian dry port and falls on the fast developing eastern corridor.

After the JCC meeting, Planning and Development Minister Ahsan Iqbal told the media persons that Beijing finally agreed to Pakistan’s demand. But the minutes of the meeting say otherwise.

“Chinese experts conveyed that Dhabeji Industrial Park at Thatta, Hattar Industrial Estate II of Khyber-Pakhtunkhwa and M3 Faisalabad currently have more advantages than other proposed sites do for prioritised SEZs,” according to the minutes of the 7th JCC.

For its strategic and economic reasons, Chinese want to develop the SEZs that fall on the eastern alignment or in its proximity, said officials in the Board of Investment. They said that in the first phase Chinese wanted to expand Havelian dry port site but due to shortage of land they decided to develop the zone at Hattar.

Officials said that China Road and Bridge Corporation wanted to enter into joint venture for the development of the Hattar zone with the K-P government. But the provincial government’s priority remains Rashakai.

The Rashakai zone may also facilitate the inclusion of Afghanistan in the CPEC, according to the provincial government authorities. They said that after the JCC, new Chinese ambassador to Pakistan has launched an initiative to bring Afghanistan into the CPEC fold. If this step materialises, the Rashakai site can take priority over Hattar, they added.

The minutes of the seventh JCC, however, noted that Pakistan expressed that Rashakai SEZ is its preference in the K-P and an additional SEZ M2, Sheikhupura in Punjab. The Chinese expert group noted that K-P pays high attention to the development of SEZs and has especially done abundant work in Rashakai SEZ. “It is suggested to make full use of the positivity of K-P to promote the construction of Rashakai SEZ at the earliest.”

Both sides used the word “suggested” in the minutes instead of an agreement.

The only agreement on the sites of the industrial zones was that “the Joint Expert Group will conduct research after receiving feasibility study reports and relevant material provided by Pakistani side and thereafter the JEWG will propose development suggestions based on the research and keeping in view the state of readiness”.

The Chinese emphasised on the “state of readiness”, which according to the sources was only in case of Hattar in K-P.

After the JCC meeting, K-P Chief Minister Pervaiz Khattak had showed surprise over the Chinese proposal to setup a SEZ at Hattar. “This is my province and I want that special economic zone should be setup in Rashakai,” he remarked.

Pakistan needs to attract Chinese private sector investors by offering additional incentives and their investment in small and medium enterprises by way of joint ventures will bring in 90% of the investment envisaged under industrial zones of CPEC, Syed Hasan Javed, Director of Chinese Studies Centre in National University of Science and Technology, Islamabad, wrote on Monday.

It is not only the Rashakai site on the western route that is facing delays, as the western route road projects were also falling behind the schedules. The Khuzdar-Basima road N-30 and upgrade of D I Khan-Zhob, N 50 phase-I were also falling behind the schedules. China has not yet processed the loan request for both of these projects.

Despite opposition, new PSX MD to take charge in Jan