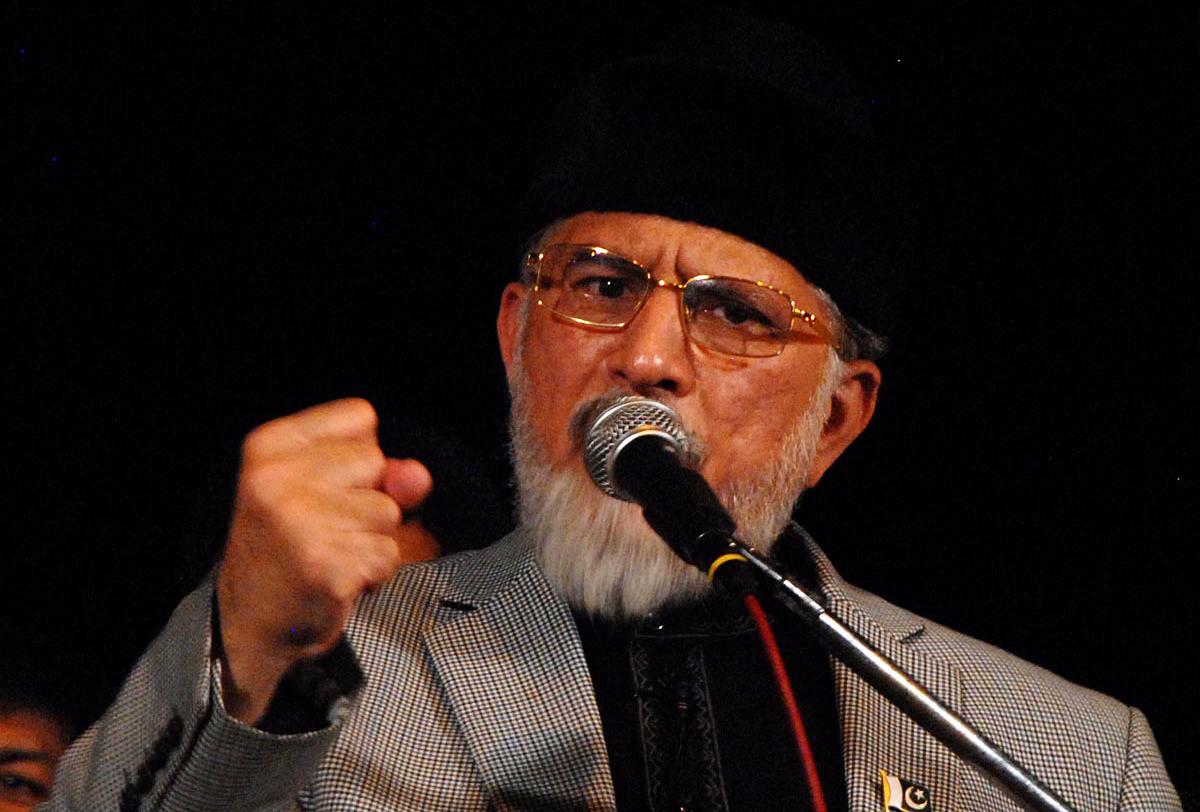 LAHORE ': Pakistan Awami Tehrik (PAT) will hold a lawyers’ convention on December 14 to mobilise their support for seeking justice for the victims of the Model Town incident, head of PAT Dr Tahirul Qadri said on Sunday.

Dr Qadri said that the convention would be held at PAT’s office.

During his speech, he urged Shehbaz Sharif and Rana Sana to present themselves for accountability, adding that if they delayed, an agitation campaign would be intensified.

He stressed the need for setting up a separate JIT for investigating the Model Town incident on the pattern of the one formed to probe the Panama Papers.

Over the past week, a number of politicians, including PPP’s Asif Ali Zardari and PSP’s Mustafa Kamal, visited the Model Town residence of Tahirul Qadri and nearby PAT office.

All of them pledged to take a stand to get justice for the Model Town incident.

Chaudhry Shujaat Hussain said that the Model Town atrocity had become a public issue after the release of Justice Baqar’s report.

“I believe that the matter could be solved in a week. And the Sharif brothers will be behind bars,” he said.

Chaudhry Pervez Illahi said that he was sure the Sharif brothers were involved in the murder case and he would support the PAT leader in his bid to seek justice.

“It has now become the nation’s responsibility to seek justice and send them to jail,” he said.

Allama Nasir Abbas of Majlis Wahdatul Muslimeen (MWM) said that his organisation was supporting Dr Qadri since the incident happened.

“The nation is better off without their government,” he said.

He also claimed that Punjab’s political elite would be ousted before March 30 next year.

PML-Q leader Chaudhry Shujat Hussain said: “Nawaz Sharif has now become part of history. He keeps asking people why he was disqualified, relatives of the victims of the Model Town incident too ask of the Punjab government why were their near and dear ones got murdered?

Now it is Shehbaz Sharif’s turn. He too would ask why he was sent packing. The whole nation asks him to explain why were women shot in their faces? Why were innocent people murdered with impunity? The Model Town incident has now become a public issue and everyone involved in this tragedy must be held accountable in weeks and not months and they will have to face divine justice. We support Dr Tahirul Qadri for speaking out for the downtrodden people.”

Chaudhry Pervez Ellahi of the PML-Q said: “Justice Baqir Najafi’s report has now established that the main accused in the Model Town incident are Shehbaz Sharif and Rana Sanaullah Khan. This is a murder case and not a corruption case. The Sharif brothers must abandon arrogance and accept all demands of Dr Tahirul Qadri. Shehbaz Sharif will have to pay for his crimes.”