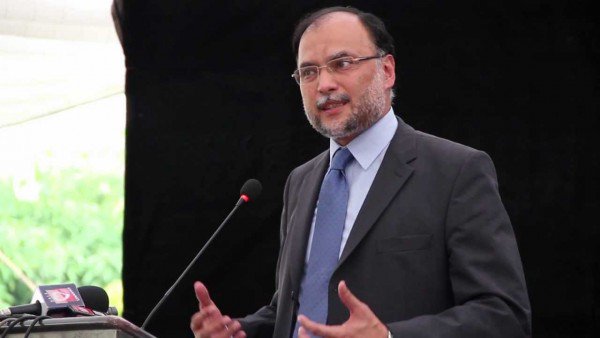 “Current government focuses on education, energy, economy, and peace because true progress will be achieved through educational institutions, anyone who raises a finger on Khatm-e-Nabuwwat is not a part of Islam,” Iqbal said.

Speaking on Islam, Iqbal stated Muslims suffer because of the lack of unity among them. “Muslims are suffering because there is no unity. We have those who launch fatwas but we have no one to tell the people why we are still lagging behind.”

He further said Baghdad was once more powerful than most countries, but religious differences bought on its inevitable fall. “Had the fire been fueled the way religious groups wanted, Pakistan would have become another Iraq.”

“If anyone tries to create differences based on language, cast, religion then he is insulting Quaid’s Pakistan,” Iqbal continued. “Those who participated in Faizabad protest looked as if they had been blinded by junun. It terrified me.”

However, the minister sounded confident about government’s agenda. “Senate’s elections will happen as planned and no one will be allowed to sabotage the future of this country.”