Will resign if I can't find out who deployed Rangers at court: Ahsan

Will resign if I can't find out who deployed Rangers at court: Ahsan 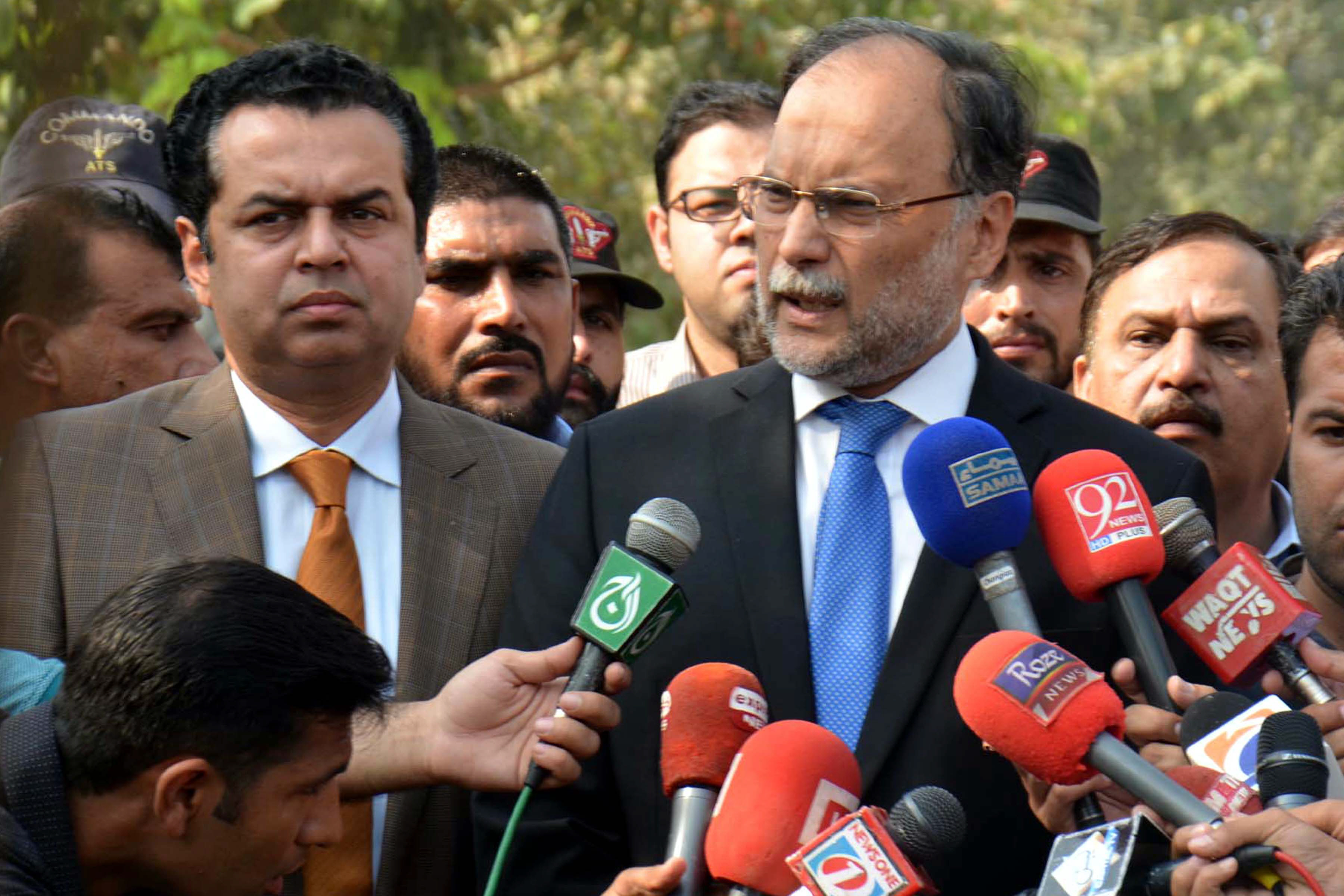 ISLAMABAD: Interior Minister Ahsan Iqbal threatened to resign on Monday after he and senior PML-N leaders, accompanying Nawaz Sharif for the hearing of a corruption reference against the deposed prime minster were barred from entering the courthouse by Rangers officials.

The paramilitary force was deployed at the Federal Judicial Complex on Monday, where the accountability court is located, stopping media and senior politicians, including some federal cabinet members, from entering the premises.

It was not clear as to who called the Rangers. Just hours after the interior minister protested, the Islamabad administration issued a statement, saying that it had not sent for the paramilitary forces. The accountability court judge also told reporters that he had not sought the deployment.

On Monday, Ahsan Iqbal, Talal Chaudhry, Pervaiz Rashid, Raja Zafarul Haq and Danial Aziz were accompanying the deposed premier for his second appearance before the accountability court. However, only Sharif was allowed entry inside the court premises, while the others were turned away.

Speaking to the media outside the court, Iqbal asked whose orders the Rangers was following, and promised an inquiry into and disciplinary action over the incident. He said that he might resign in protest if he could not hold the institution which works under his ministry accountable.

“Rangers is a force under the Interior Ministry and is supposed to work under the command of the civil administration,” he said. “I will resign as interior minister if [I can’t] established who deployed Rangers as they’re supposed to be taking orders from me,” a charged Iqbal added. “I cannot be a puppet interior minister… There can’t be a state within state.”

The spokesperson for the commissioner Islamabad said in a statement that the deputy commissioner concerned had received a letter from the capital city’s Senior Superintendent of Police Operations, seeking deployment of the Rangers at the courthouse for Sharif’s appearance on Monday.

Meanwhile, talking to reporters in the courtroom after the hearing of the NAB reference against Sharif, Accountability Court Judge Muhammad Bashir also said that he did not pass any order asking Rangers to take over security at the Federal Judicial Complex. 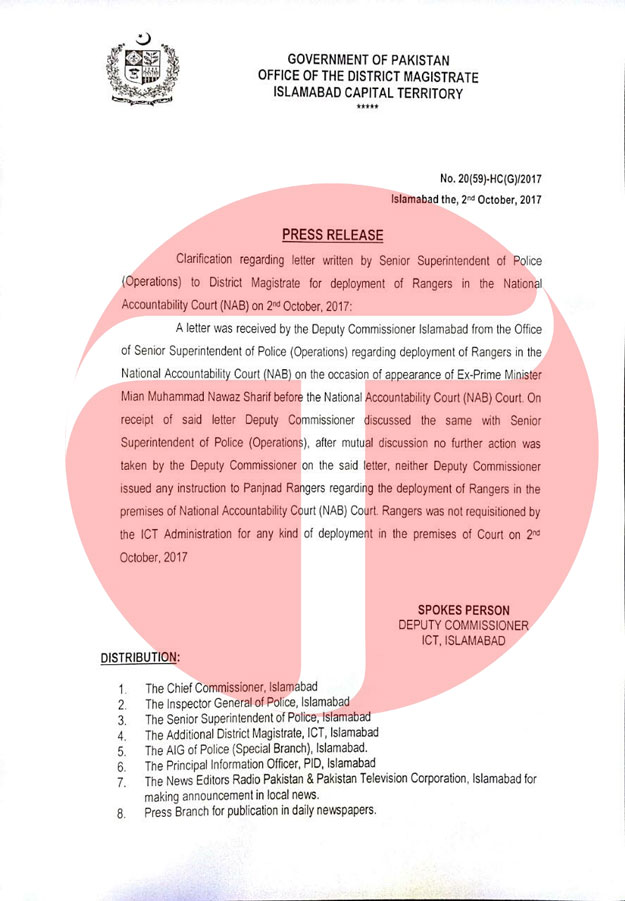 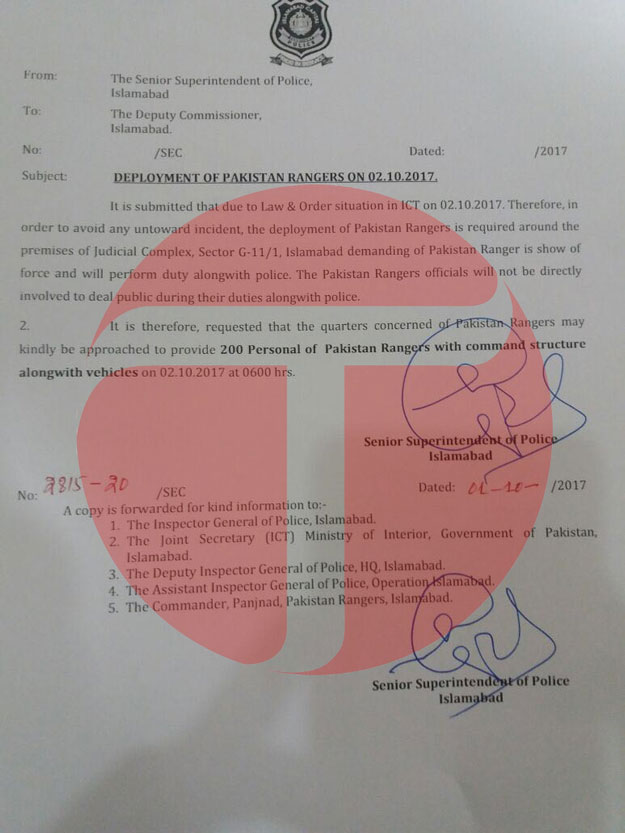 Legal experts said that no authority other than the Islamabad administration could requisition the paramilitary troops. “Principally, the authority to ask for deployment of troops vests with the civil administration which in Islamabad is headed by a chief commissioner and deputy commissioner,” said Advocate Shoaib Shaheen.

He added that even if a judge wanted Rangers to be deployed, he would have to ask the civil administration for it.

[With additional reporting by Arsalan Altaf]