US economic, military aid to Pakistan likely to further plummet in 2018

US economic, military aid to Pakistan likely to further plummet in 2018 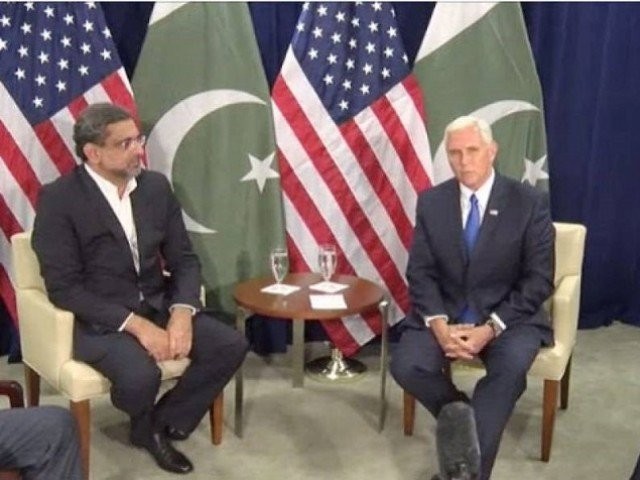 Pakistan will face a decline in US aid for economic and military assistance as per the research report prepared by Congressional Research Service.

The most affected category in the aid program is Coalition Support Funds (CSF) which is provided to Pakistan for managing the Pak-Afghan border. The CSF grant is still pending because apparently, the US is not satisfied with Pakistan’s counter-terrorism operations against Afghan Taliban.

The research elaborated that the US Administration did not issue certifications for FY2015 or FY2016 due to which the decision for aid grant in 2017 and 2018 is still pending.

The decline can be seen as the result of new US policy in the region as President Donald Trump had said while announcing it that Pakistan would have to change its approach of supporting and harbouring certain militant outfits. Islamabad, however, rejected the allegations and said it could not be made scapegoat for US failures in Afghanistan.

Later on, rejecting the relentless criticism of Pakistan from the Trump administration, army chief General Qamar Javed Bajwa told a top US military commander in August, 2017 that Pakistan doesn’t need aid, all it wanted was acknowledgement of its efforts in the fight against terrorism.

The statement by the COAS came in the wake of Secretary of State Rex Tillerson announcement at the Congress hearing that the US Defence Department withheld $50 million in Pakistan military payments as Pentagon chief Jim Mattis accused Islamabad of not doing enough to counter the Taliban-affiliated Haqqani network.

On the other hand, the United States has also completely halted the assistance categorised as Food Aid, International Disaster Assistance, Migration and Refugee Assistance, and Pakistan Counterinsurgency Fund.

PM Abbasi rejects US claims of militant hideouts in Pakistan