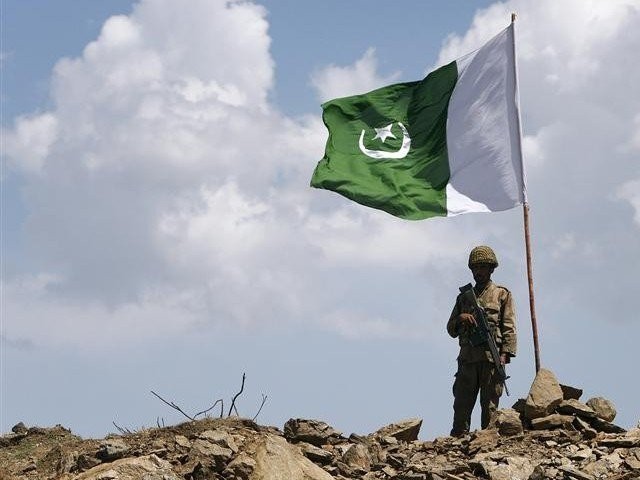 ISLAMABAD: The US has sanctioned $33.4 billion for reimbursements to Pakistan during the past 15 years, 44% of which was on account of services that Islamabad rendered to support Washington’s anti-terror operations in Afghanistan.

By excluding the $14.573 billion cost of logistics and aerial support, the approved civilian and security-related aid to Pakistan from 2002 to 2016 was only $18.8 billion, according to the statistics compiled by US authorities.

The data has been gathered by the departments of State, Defense, Agriculture, and the US Agency for International Development (USAID).

Compared to the actual foreign aid of $18.8 billion to Pakistan, the finance ministry’s statistics showed that Islamabad sustained $123.13 billion losses on account of the war against terrorism since 9/11.

This includes reimbursements from the Coalition Support Fund (CSF) that is technically not aid but service payments for providing logistical and operational support to the US-led military operations in Afghanistan.

By excluding the CSF-related payments to Pakistan, US assistance to Pakistan from 2014 to 2016 was $810 million per annum against the average of $1.4 billion during the 2002-2013 period, according to the statistics.

The flow of funds from the US to Pakistan saw another drastic reduction in 2017. US economic assistance historically remained around 1% of Pakistan’s budget, which can easily be met from other sources.

Since 2002, the US has given $7.96 billion in security assistance to Pakistan with an annual average of $530.4 million, which is 23.83% of total US budgetary appropriations for Pakistan.

The third major portion was $911 million, which the US gave under the International Narcotics Control and Law Enforcement programme.

Against the 12-year average of $576.7 million, the US gave $1.03 billion from 2014 to 2016 with an average of only $345 million under the security-related assistance to Pakistan. Most of this sum came under the foreign military financing programme.

The US has given $10.85 billion in economic assistance to Pakistan during the past 15 years at an average of $723.5 million per annum.

The 12-year average was $788 million per annum. The economic assistance was about one-third of the total US budgetary appropriations for Pakistan.

Out of $10.85 billion, the US gave $8.5 billion under the Economic Support Fund, followed by $918 million under the International Disaster Assistance Programme and another $623 million in food aid to Pakistan.

Trump to ‘cut all military aid to Pakistan’, thinks Washington is being ‘ripped off’ by Islamabad: report

However, during the past three years, the economic assistance has come down to only $1.4 billion, at an average of $345 million per annum.

The majority of US economic assistance was off the budget, suggesting it did not benefit the finance ministry and either went into private hands or back to the US through third-party contracts.

The US could not achieve its long-term development objectives in Pakistan that it had set under the $7.5 billion Kerry-Lugar Act due to competing short-term political priorities of the State Department, according to a 2016 report by the USAID Inspector General’s Office.

Where Pakistan needs US

Although the American civilian and military assistance has significantly dried up in the recent past, Pakistan still needs US support for securing loans at less harsh terms from the International Monetary Fund and the World Bank.

“Pakistan’s economic relations with the US has been on the decline for the past 15 years, as its share in exports, remittances and foreign direct investment have drastically reduced,” said Dr Ashfaque Hasan Khan, a former economic adviser to the finance ministry.

Although the US still holds tremendous clout on international financial institutions, at the same time those institutions operate under certain charters and cannot stop dealing with Islamabad.

BS students in race against time for varsity admissions