Trump to 'cut all military aid to Pakistan', thinks Washington is being 'ripped off' by Islamabad: report

Trump to 'cut all military aid to Pakistan', thinks Washington is being 'ripped off' by Islamabad: report 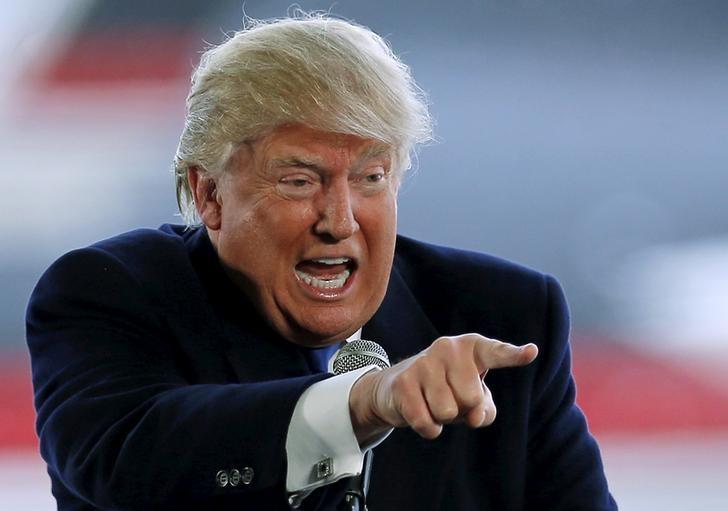 US President Donald Trump is mulling cutting off all military aid to Pakistan because ‘Washington is being ripped off by Islamabad’, claims a Foreign Policy report.

As Trump reviewed an array of options for a strategy on Afghanistan with his top national security aides at Camp David, he made no decision on whether he would commit more troops to America’s longest war. Committing more troops would also significantly affect the United State’s relationship with Pakistan.

The FP report quoted a White House official as saying that “the President thinks we’re being ripped off by Pakistan. The president wants to cut off all military aid to Pakistan. That’s part of the strategy”.

The official further said that the Department of Defence view Pakistan and the United State’s relationship as ‘troubled’.

During the discussions at Camp David, there were differences of opinion over taking a harder line on Pakistan for failing to close Afghan Taliban sanctuaries and arrest Afghan extremist leaders. US officials say the Afghan Taliban are supported by elements of Pakistan’s military and top intelligence agency, a charge Islamabad denies.

Pentagon has already frozen support to Islamabad under the coalition support fund, which provides Pakistan with payments to finance counter-terrorism operations. Mattis claims he could not find evidence that Pakistan had taken enough action against the Haqqani network.

Amid relentless criticism of Pakistan from the Trump administration, army chief General Qamar Javed Bajwa has told a top US military commander that Pakistan doesn’t need aid, all it wants is acknowledgement of its efforts in the fight against terrorism.

“More than financial or material assistance, we seek acknowledgement of our decades-long contributions towards regional peace and stability, understanding of our challenges and most importantly the sacrifices the Pakistani nation and its security forces have rendered in [the] fight against terrorism and militancy,” he told Centcom chief General Joseph L Votel during a meeting at the GHQ on Friday.

Pakistan argues that it has done a great deal to help the US in tracking down terrorists and points out that it has suffered hundreds of deaths in militant attacks in response to its crackdowns.