Police claim to have caught man behind Ghas Mandi explosion

Police claim to have caught man behind Ghas Mandi explosion 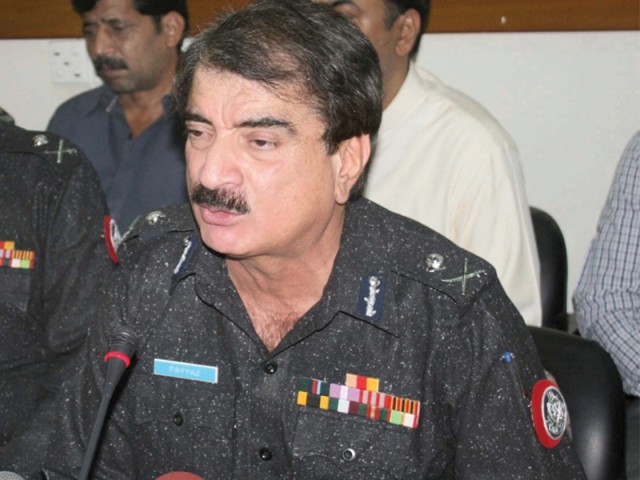 In less than a week, the police claimed to have made an arrest for the Ghas Mandi bomb blast.

A new terrorist organisation, known as alMukhtar group, has been formed and they planned the attack inside the gambling den in Lyari’s Ghas Mandi, said Leghari. The group targeted the club because its owners refused to pay extortion money. “A man named Omer Baloch is the mastermind of this newly formed group,” said Leghari. A police team, led by SSP Fayyaz Khan, raided a hideout on Super Highway, where they arrested Mustafa Rehman Orakzai alias Yaqoob Commando, son of Syed Rehman Orakzai. The police found 20 kilogrammes of explosives, one BM rocket, two hand grenades and two TT pistols.

During the interrogation, Mustafa revealed that Baloch had asked the owner of The Birch Club to pay him Rs2 million. When the owner refused, Baloch started planning the bomb blast with his accomplices, Mustafa, Abid and Daud.

On April 19, Baloch and Mustafa went inside the club to examine the security system for at least two hours. They prepared a bomb, weighing 2.5kg, in an iron box and connected the detonator to a mobile phone.

They paid a visit to the club again on April 21, when they planted the device under a table and left. Once they reached Ranchore Lines Chowk, they made a phone call to make the bomb explode.

During his address, Leghari failed to elaborate, however, if this group is linked with the Lyari gangsters, any militant organisation or nationalist party. “The investigation is still in the preliminary stages. Since the good news was that we arrested one suspect, we decided to share it with the media,” he said.

According to SSP Khan, the group was trained in Wana and Waziristan and have links with outfits there.

In another raid, the CID police arrested four men allegedly involved in the target killing of over 100 victims across the city.

The arrested men include the notorious criminal Liaquat Bangash alias Liaquat Tension and four aides, Faizan, Mohammad Azeem Khan, Arshad Khan and Liaquat Yousufzai. They were arrested from Pehlwan Goth in Gulistan-e-Jauhar along with three hand grenades, four Kalashnikovs and a repeater gun.

“Apart from target killings, they were also involved in land grabbing, robberies and kidnappings for ransom,” he said. There are over 200 suspects who work in Rabia City area, Pehlwan Goth, Gulistan-e-Jauhar, Sharae Faisal, Airport and its adjoining areas.

Leghari refused to comment on Bangash’s alleged affiliation with the Awami National Party (ANP). “I will share with the media if his links with the ANP are confirmed.” The party spokesperson, Qadir Khan, told The Express Tribune that Bangash is not an ANP activist. “He left the party eight months ago and went back to his hometown,” he said. “If he was involved in any criminal or terror activity, it is his individual matter and he should face trial.”