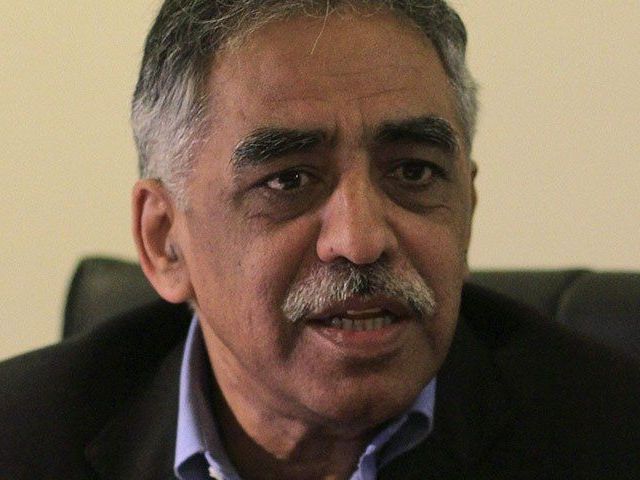 At the 3rd International Water Conference held in Karachi, on Tuesday, Sindh Governor Muhammad Zubair turned heads as he failed to acknowledge the water crisis prevalent in Pakistan, especially in Sindh, as one of the most crucial issues faced by the country today.

The third edition of the two-day conference is focused on the ‘Future of Water’, aiming to mainstream many cross-cutting themes with special focus on youth, the inclusion of women, marginalised groups and poor communities.

Pakistan at threshold of water scarcity

All speakers highlighted the crisis Pakistan is currently facing with regards to water instability.

Addressing the audience as the last speaker of the plenary session, Zubair kicked off his speech by disagreeing with previous speaker Cleveringa who quoted a United Nations (UN) report stating Pakistan’s water crisis is a bigger threat for the country than terrorism.

“Terrorism is a way bigger issue than the water crisis – if someone suggested otherwise, they would be thrown out of the assembly [parliament],” Zubair claimed shrugging.

Putting a curtain on the issue at hand, Zubair instead chose to shed light on Pakistan Muslim League-Nawaz’s (PML-N) contribution to solving the gas crisis that Pakistan was facing a few years ago. He stated that Prime Minister Shahid Khaqan Abbasi would be inaugurating yet another Liquefied Natural Gas (LNG) terminal after his return from the Saudi Arabia trip.

Classifying the threats Pakistan is facing, Zubair stated terrorism is at the top of the list followed by trade and energy. “Water is a very low priority.” However, he said the federal ministry, just to pressurise and recognise the seriousness of the water issue, has now made a separate water ministry which was previously clubbed with the Ministry of Energy.

A lack of representation from the Ministry of Water Resources was lamented by CEO of Hisaar Foundation, Zohair Ashir, in his speech. Ashir stated that despite invitations to the 3rd International Water Conference, no ministry officials attended.

This was later corroborated by Zubair in his speech who stated that he personally reached out to the Ministry of Water Resources to attend a conference of such importance but “received excuses” instead.

At the water conference, however, Zubair touched on all important issues facing the country but the issue at hand. He undermined the threat of water security Pakistan is facing, raising eyebrows.

He spoke about the importance of Pakistan’s bilateral trade with India, highlighted the need for power and energy production to be increased and the federal government’s input for projects in Sindh.

When asked about the governor’s remarks, CEO Hisaar Foundation said, the “governor didn’t disagree that water isn’t an issue, he merely meant that given the ground realities, other issues tend to take precedence over it.”

The other speakers of the plenary session focused on the urgent need for a robust federal water policy for the country. Moreover, regulating the risks faced by the shortage of water was highlighted.

“Not only citizens, but industries are facing regulatory, physical and reputational risks due to lack of a conservation policy and water regulatory framework,” stated CEO Engro Corporation Ghias Khan.

Questions were also raised by speakers to understand the role the private sector can play alongside the government in creating a policy that would allow regulation to lessen the risks.