PCSWR calls for taking steps on a war footin­g to save live and resour­ces
By Sehrish Wasif
Published: September 26, 2017
Tweet Email 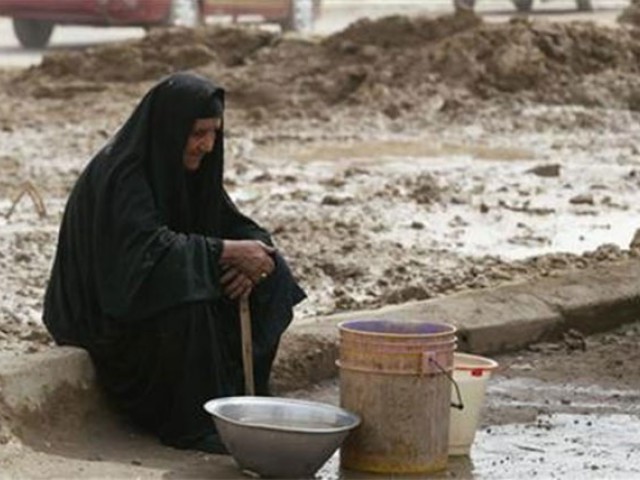 ISLAMABAD: Water scarcity and water-borne diseases are causing serious economic and health crises in the country with accumulated annual national income losses of up to Rs28 billion – roughly 0.6 to 1.44% of GDP.

The grim forecast was made by the Pakistan Council of Research in Water Resources (PCRWR) in its new report released on Monday.

The study reveals some startling facts about the quality of drinking water in major cities of the country and its serious implications over health and economy of the country.

The statistics shared in the latest analysis on water quality status of major cities of Pakistan in 2015-16 are eye-opening for many and call for taking measures on a war footing to save as many lives as possible.

Experts call for treatment of industrial waste, prudent use of water

The report also quoted findings from various reports complied by international organisations to give a broader perspective regarding the extent to which water scarcity and contamination is having an impact on the national exchequer and people’s health.

According to an estimate, Water, Sanitation and Hygiene (WASH) related diseases cost Pakistan’s economy about Rs112 billion per year, or Rs300 million a day, in terms of health cost and lost earnings.

Of this, the cost associated with stomach-related diseases is estimated at around Rs55-80 billion per year alone, according to the Pakistan Strategic Country Environmental Assessment.

According to UNIDO and the World Bank, about 90% cases of child diarrhoea are caused by poor water quality and lack of sanitation. And the UN Commission on Sustainable Development says that in Pakistan about 200,000 children die every year with diarrheal disease alone.

The PCRWR’s new report has concluded after testing water samples from 25 major cities that groundwater is increasingly found to be contaminated with bacteria and chemical pollutants.

“Mixing of untreated municipal and industrial effluents with surface and groundwater not only adversely affects aquatic life, but also freshwater resources, human health and agriculture,” says the report.

An official privy to the report told The Express Tribune: “Despite knowing the startling facts about the quality of drinking water in Pakistan, the government is not doing much to address the core issues.”

He insisted that a slight effort by the government could help save many people dying from the preventable disease caused by contaminated water.

“Though Pakistan is getting ample funds to improve the quality of drinking water, no major improvement has been made as yet,” said the official.

“On the one hand, the number of cases related to water-borne diseases is increasing in the country while on the other the country is moving towards acute drought in coming years,” said the official.