1,500 year old statues left in the trash at National Museum

1,500 year old statues left in the trash at National Museum 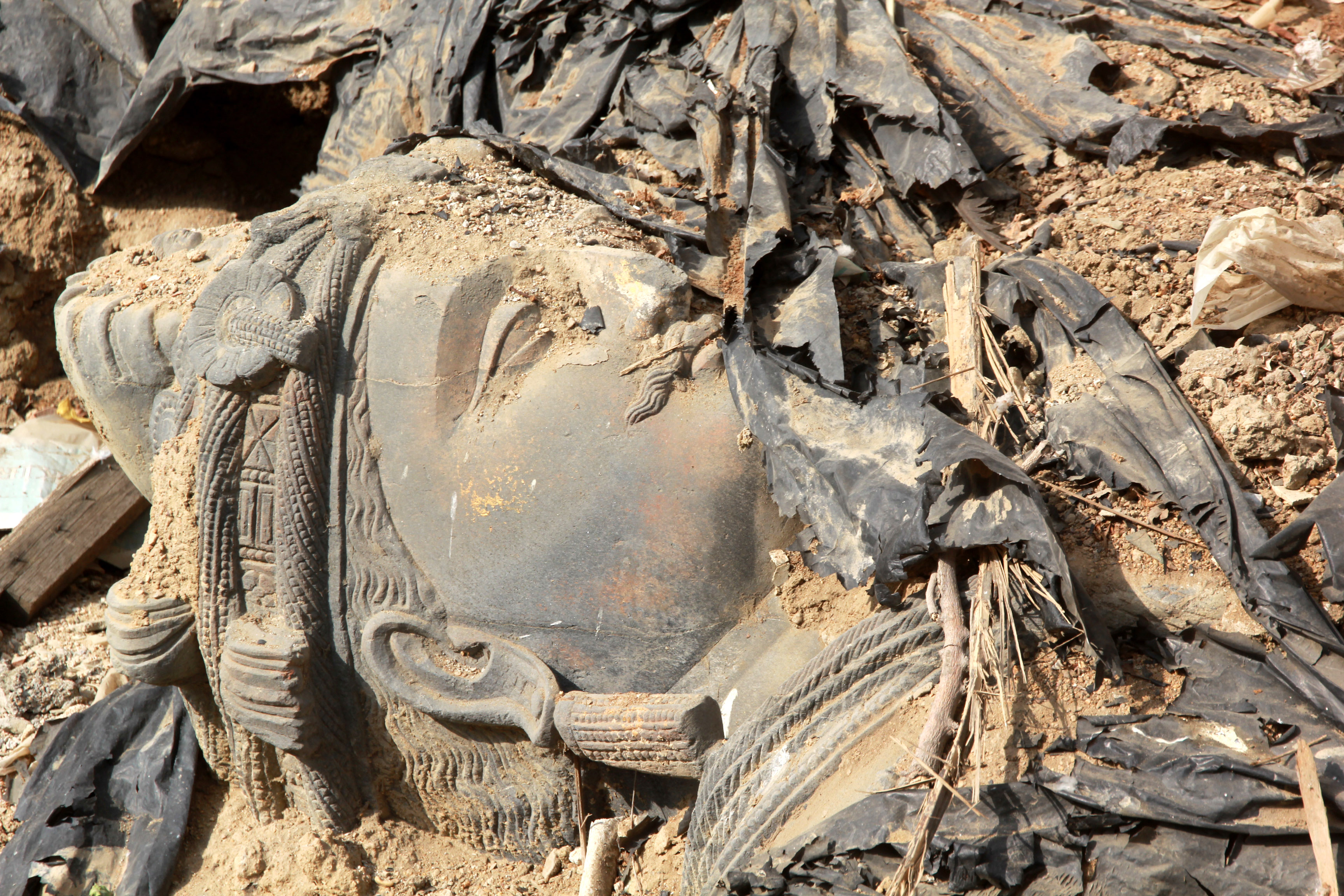 The museum director claimed that the statues would not be affected by the garbage or weather because of the material they were made of. PHOTO: ATHAR KHAN/EXPRESS

KARACHI: Three sculptures of a Sleeping Buddha slumber peacefully amid piles of garbage at the National Museum in Karachi, showing both the incompetence and lack of concern of government officials when dealing with rare artefacts.

With three measuring four feet in height and made of black schist stone, while two measured around three feet, five statues of Buddha were recovered from smugglers in Karachi and handed over to the National Museum. Instead of preserving and displaying them, the officials threw the statues in the trash. And to compound this grievous act, two of the statues were placed in front of the antiquities director-general’s office, who is supposed to preserve rare artefacts, not use them as glorified garden decorations.

“For the last many months I have seen these sculptures lying in the garbage,” an employee working at National Museum revealed.

According to officials, the sculptures were recovered along with 395 other rare objects in 2012 from Awami Colony in Korangi. Local police foiled the smuggling bid during routine patrolling. During the investigation, the smuggler confessed to transporting the artefacts to Faisalabad. Some experts claim that these objects belong to the Ghandhara Civilisation and some attributed them to the ancient cities of Taxila and Mehrgarh in Punjab and Balochistan respectively but the Sindh government chose to retain them. Unfortunately, these sculptures are facing the same fate as hundreds of other artefacts and dozens of archaeological and heritage sites, which are in an absolute shambles due to the archaeology and antiquities departments’ neglect.

Though the culture and archaeology minister was not available for comments, National Museum Director Mohammad Shah defended his department and said, “We have put these sculptures over there ourselves”. He claimed that since they were made of black schist stone nothing would happen to them.

Speaking to The Express Tribune, he said that a few sculptures of Buddha have been put on display in the museum and the rest will soon be properly cleaned and set inside the museum.

“We believe this sculpture dates back 1,500 years and it will be given an original look when we wash it,” Shah said. 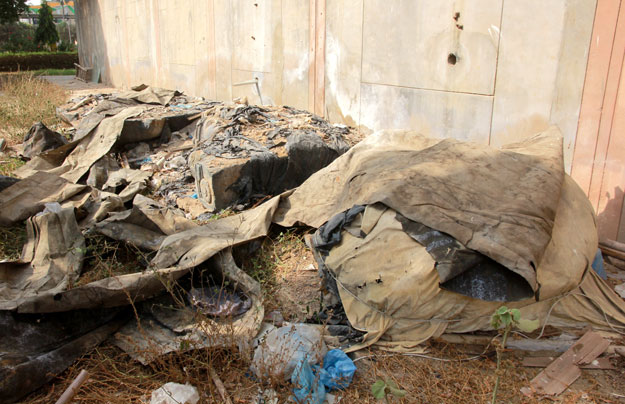 Sources in the culture and archaeology department said a number of rare artefacts from the Indus Valley and other civilisations have also been dumped in the museum’s godown. “No one has looked after them for years and many are now rusted and stained. I cannot tell you how pitiful the condition of the rare objects inside the museum is,” said an official of the department requesting anonymity. “They are dumping each and every thing rather than preserving them,” he lamented, adding that museum officials should value the items but instead are hiding and throwing our relics in the trash. He urged that the relics must be displayed.

The museum director, however, said there are a total 100,000 relics of paper, wood, stone and metal and each item is properly checked and stored. “We have complete records of all the objects in 11 galleries and the godown,” he claimed, adding that after two to three months they change their position and preserve the artefacts. “We have now allocated a budget to upgrade and modernise our museum and after than we will reorganise and display all the objects,” he said.

When asked about the original King Priest Statue recovered from Mohen Jo Daro, Shah said, “It is the only original piece in the world, which we have safely kept inside the museum and display it once a year”. He added that replicas of the King Priest can be found everywhere, but the original is rare and kept inside as a security precaution.