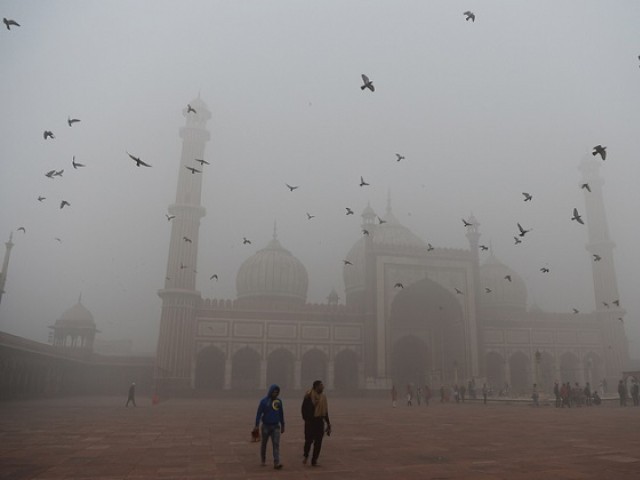 Since mid-October Pakistan and India have experienced thick smog. In Pakistan, the blinding combination of smoke and fog has caused traffic problems and respiratory illnesses among people, besides leading to power outages in the country’s most populous province.

The situation is particularly ‘alarming’ in south and central districts of Punjab – the province which had also been hit by smog almost the same time, last year.

A recent satellite image by National Aeronautics and Space Administration (NASA) shows the extent of the problem.

Mideast, not India, is to blame for Punjab smog

“The first image, a data map based on observations from the same sensor, depicts aerosol optical depth, a measure of how airborne particles affect the reflection and absorption of light by the atmosphere. Red-brown colours indicate skies thick with aerosol pollution,” says NASA.