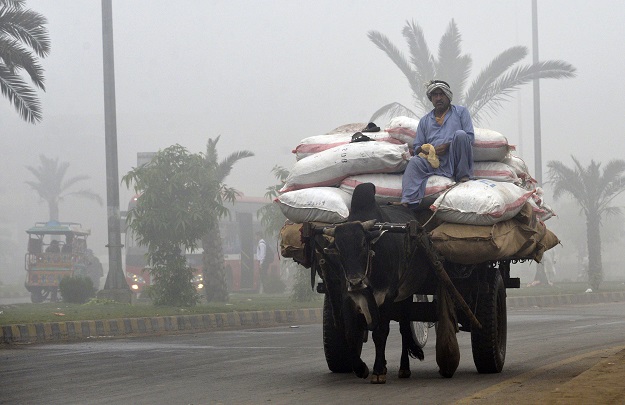 ISLAMABAD: Pakistan has decided to take China’s help in an attempt to adopt its model of electricity generation without any interruption in areas hit by thick smog during dry and cold weather.

The decision comes immediately after different parts of the country endured prolonged blackouts in the wake of disruption in power supply due to enveloping smog in Punjab cities.

Federal Minister for Power Division Sardar Awais Ahmed Khan Leghari has directed National Transmission and Despatch Company (NTDC) experts to visit China and study the power generation model that counters the impact of smog. The same system will be applied in smog-stricken areas in Pakistan.

He gave the directives in a special meeting held on Tuesday to assess the situation arising from outages caused by changing weather conditions in some parts of the country. Officials of all power distribution companies, generation companies, NTDC, National Power Control Centre and Power Division were present in the meeting.

The minister emphasised that immediate measures, like installation of anti-smog and anti-fog discs, should be taken at critical points to ensure uninterrupted electricity supply to the consumers as there was no power shortage in the country.

He told chief executive officers of the distribution companies and NTDC to sit together and come up with a technically sound solution to the problem. Planning and proposals should be finalised within three to four weeks, he said.

The minister praised efforts of the teams working in extreme weather conditions to stave off the impact of toxic gas deposits on high transmission and distribution lines.

He also acknowledged the efforts made to control the damaging effects of feeder tripping which could have led to system breakdown and widespread blackouts as experienced a few years ago.

The areas covered by Multan and Lahore electricity supplying companies are facing the threat of smog that has enveloped many cities of Punjab.

The smog contains dust, industrial emissions, carbon monoxide ozone and nitrogen oxide. They get mixed with moisture late in the night and damage insulators.

The minister pointed out that the gap between demand and supply of electricity was being bridged after more than one and a half decade and sufficient generation capacity was available to meet the demand.

18 killed in accidents across Punjab as smog engulfs province

He claimed that on Tuesday morning consumer demand stood at 12,552 megawatts whereas the country had available production capacity of 14,000MW, which clearly showed there was no dearth of electricity.

“The present situation is unique as the system is faced with outages due to technical problems caused by the weather,” he remarked and expressed the resolve that like the success in bridging the demand-supply gap, the government would also be able to resolve the emerging problems due to changing weather conditions.