Hamid Nehal Ansari was arrest­ed in 2012 after he came to Kohat to meet a woman he had befrie­nded on social media
By Hidayat Khan
Published: November 1, 2017
Tweet Email 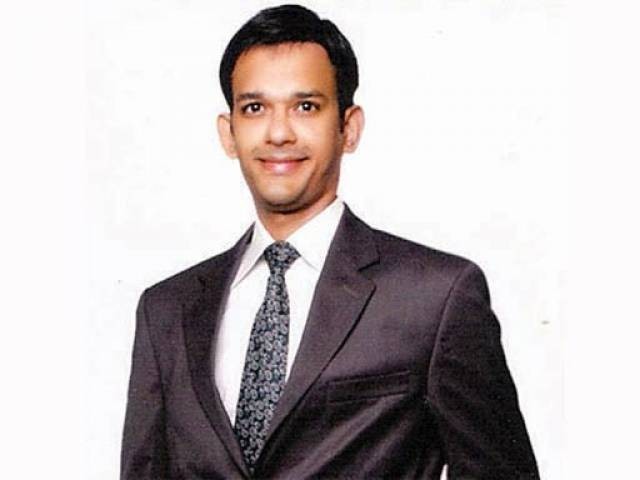 Says since he was not involved in anti-state activities, he should be granted due remission in sentence as per law. PHOTO COURTESY: NDTV

PESHAWAR: Hamid Nehal Ansari, an Indian man who is currently languishing in a jail in Peshawar, filed a petition with the high court on Wednesday requesting that he must not be treated as a spy as he was not involved in “anti-state activities”.

In the petition, filed with the Peshawar High Court (PHC) on his behalf by senior lawyer Qazi Muhammad Anwar, Ansari  sought remission in his sentence.

The petition read that although Ansari was not found involved in any anti-state activities in Pakistan but had entered the country without proper documents. Therefore, he has the right of remission in the sentence after spending a long time in jail.

A two-member bench of the PHC , comprising Chief Justice Yahya Afridi and Justice Ijaz Anwar Khan, directed the defence and interior ministries as well as the Khyber-Pakhtunkhwa government to submit their replies.

The Indian national was tried in a military court and was awarded three years’ vigorous imprisonment that started from December 15, 2015 and will end on December 14 next year. He was arrested by the security agencies in 2012.

“He [Ansari] cannot be granted the benefits of 382-B of CrPC since the word ‘anti-state activities’ is written on his jail warrants,” read the petition.

“If the remission is refused,” it added, “on the basis of endorsement of anti-state activities, the petitioner has the right to know all the details of his involvement in such activities.”

The petitioner submitted that through investigation, it was found that he was not a spy but had just illegally crossed into Pakistan.

He came to Kohat to meet a woman he had befriended on social media. “Even the fake [identity card] ID with the name of Hamza was arranged for him by his host who invited him to Kohat.”

Ansari, was 27 years old when he was arrested from a hotel in Kohat by the security forces in 2012. He had crossed into Pakistan via Afghanistan without travel documents and with a fake ID card by the name of Hamza. The Indian national left India for Afghanistan on a tourist visa and then went to Jalalabad to enter Pakistan.  For almost three years, his family was clueless about his whereabouts.

In the petition, Ansari also accepted that he had committed a mistake by entering Pakistan without valid documents but appealed that he had the right to be treated in accordance with the prison’s rules in the matter of remission after passing several years in imprisonment.

The Indian national pleaded the court to change the words “anti-state activities” with “illegal activities” on his warrants, asking it to direct the jail authorities to allow him due remission with effect from December 15, 2015, and decide about his release date.

Ansari had also filed a petition in 2016 in PHC for fair treatment in jail following which the court had directed the authorities to treat him fairly by providing visitation rights and health facilities.