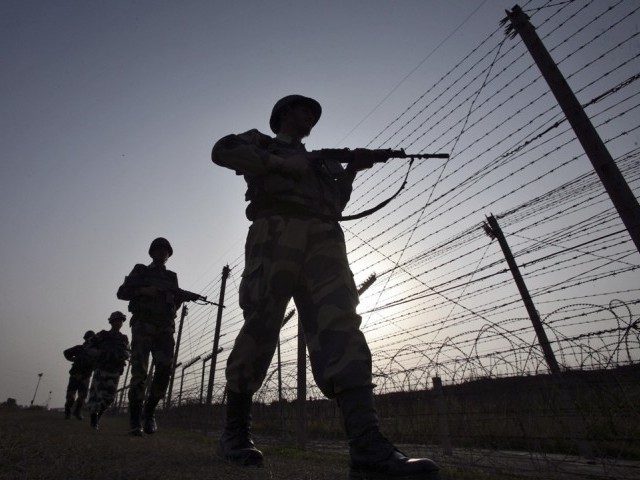 Nehal Hamid is a resident of India and had left for Afghanistan on November 4, 2012 with a 90-day tourist visa with hopes of bagging a job in the aviation sector. PHOTO: REUTERS/FILE

An Indian national, who supposedly went missing from Kohat, spent some time at a hotel in the city and had reserved a room using a fake CNIC before disappearing.

This was shared by the lawyer, hired by the missing person’s mother, with the Peshawar High Court division bench of Chief Justice Mazhar Alam Miankhel and Justice Ikramullah Khan on Tuesday. Advocate Shakil Asif said a joint investigation team (JIT) has completed its report on his client Fozia Ansari’s son, Nehal Hamid Ansari, who has been missing since November 12, 2012.

Nehal Hamid is a resident of India and had left for Afghanistan on November 4, 2012 with a 90-day tourist visa with hopes of bagging a job in the aviation sector. He stayed in touch with his family for a week before he disappeared.

Advocate Asif, while quoting the JIT report, said a man going by the name of Hamza reserved a room for one night for Rs300 in Palwasha Hotel located near the bus stand in Kohat. He showed that he was a resident of Islamabad.

During questioning, the owner and manager of Palwasha Hotel revealed the man claiming to be Hamza left his room sometime after midnight. Asif said according to the investigation officer, Nehal Hamid was picked up by a police rider squad and his whereabouts remained unknown since. The JIT was headed by the Karak DPO.

The PHC ordered the then Kohat Development Authority police SHO, who is currently posted in Hangu, to appear in person along with his complete records on the next date of hearing to explain his position in this case.

On the previous hearing on July 1, the court was surprised over the ease with which an Indian national entered Pakistan without travel documents and reached Kohat under the noses of intelligence agencies.

The petition stated Nehal Hamid, the president of the Rotary Club in New Delhi, had come to Afghanistan to get a job in the aviation industry. It further stated the missing person had befriended a woman residing in Kohat through a social media website.

The court learnt Nehal Hamid had been picked up by unidentified people from the hotel on November 12, 2012. The division bench also directed the ministries of interior and defense to submit their separate reports on the case.

After he went missing, the Ansaris lodged a police complaint with the Versova police station in Andheri West, Mumbai, and also contacted the Afghan consulate in their city. The petitioner also sent an application to the human rights cell of the Supreme Court, which forwarded the case to the Commission of Inquiry on Enforced Disappearances in March 2014.

In April, the commission directed the Khyber-Pakhtunkhwa Home and Tribal Affairs department to form a joint investigation team to trace Nehal Hamid. An FIR was subsequently lodged at the City police station in Karak district under Section 365 of the Pakistan Penal Code.