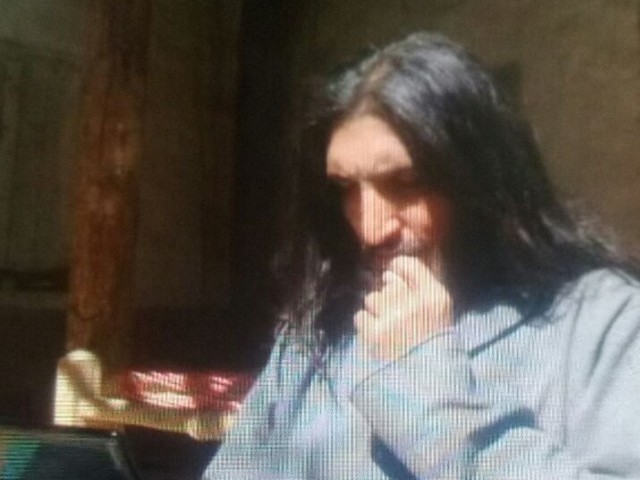 SHABQADAR: It’s official. Abdul Wali Raghib, commonly known by his alias Umar Khalid Khorasani, is dead. With Khorasani’s death, the Tehreek-e-Taliban Jammatul Ahrar (JuA), the most dreaded of all Taliban factions, has suffered a death blow.

Khorasani, who was in his 40s, suffered fatal injuries in a US drone strike in the eastern Afghan province of Paktia on Tuesday and died a day later, according to JuA spokesman Asad Mansoor. Eight close associates of Khorasani also died in the strike.

He was born in Qandaro, a village in Mohmand Agency named after Qandari sub-clan of the Safi tribe. Born as Abdul Wali, he adopted the nom de guerre of Umer Khalid Khorasani in 2007. His father was a prayer leader (pesh imam) at a local mosque. Khorasani studied at a local school and then at a madrassah in Karachi. Radicalised at an early age, Khorasani joined Harkatul Ansar (now Harkat-ul-Mujahideen), one of the myriad of militant groups fighting Indian rule in disputed Kashmir state.

In 2001, when the United States invaded Afghanistan to oust the Taliban regime, Khorasani set up an office of Harkat in the Gandao Mian Mandi area of Mohmand Agency, where he recruited fighters for ‘jihad’ against the American forces in Afghanistan. As a low cadre commander of Harkat, Khorasani, a firebrand demagogue, rose to prominence during those days by recruiting fighters in droves.

He established contacts with some top al Qaeda and Afghan Taliban figures who transited through Mohmand Agency when moving between Afghanistan and Pakistan. He also set up a camp in Safi area near the Pak-Afghan border to train young recruits, from Khyber-Pakhtunkhwa and the tribal region, in the use of weapons. Tribesmen in Gandao recall how Khorasani used to travel to different villages on his motorcycle to raise funds for the freedom struggle in Kashmir.

The little-known aspect of this dreaded militant commander was his poetry. He was a popular poet in the local literary circles, but most of his poetry was religious or devotional as he mostly composed naats (in praise of Prophet (pbuh) and hamds (in praise of Almighty God). He was an active member of the Mohmand Adabi Ghuncha, a local literary circle formed by popular poet Ghulam Hussain Mohib. The society used to have regular sessions at the office of local journalist Mukaram Khan Atif, who was killed in 2012 by Khorasani’s faction of the TTP.

Khorasani also tried his luck in journalism. He worked for an Urdu-language newspaper, Islam, for some time. He also edited Ahya-i-Khilafat, or Revival of Caliphate, a monthly magazine of the JuA until his death.

In 2007, Pakistan Army commandos stormed Islamabad’s Lal Masjid after a long standoff with radicals holed up inside. Incensed by the operation, Khorasani, who by that time had trained countless fighters for Kashmir and Afghanistan, vowed to avenge the Lal Masjid operation. He cobbled together a band of fighters and took over the shrine of Haji Sahib Turangzai, an early 20th century freedom fighter and spiritual leader, and the adjacent mosque and named it after Lal Masjid.

Though he later vacated the shrine and the mosque, he remained militarily active in Mohmand Agency, especially in Safi and Dawezai areas where he slaughtered six people on the Eid day in 2007. 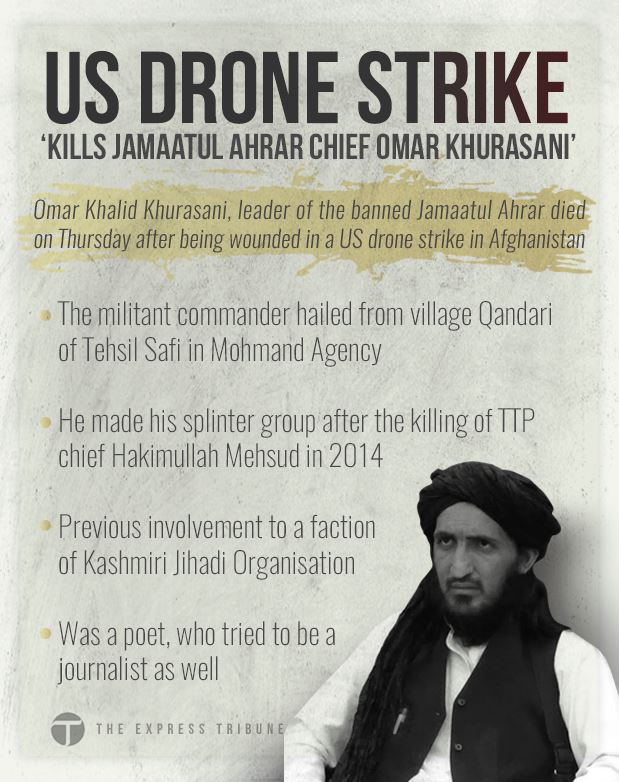 In December 2007 when Baitullah Mehsud, a Taliban commander from Waziristan region, formed the Tehreek-e-Taliban Pakistan (TTP), Khorasani was named ameer of the group’s franchise in Mohmand Agency. He unleashed a reign of terror and emerged as the most ferocious militant by vanquishing or killing all contenders, especially the famous Shah Sahib, commonly known as Shah Khalid.

After the death of young TTP chief Hakimullah Mehsud in a US drone strike in November 2013, Khorasani parted ways with the TTP. He was not particularly happy with the ascendency of Mullah Fazlullah as the TTP chief. Subsequently, he formed TTP Jamaatul Ahrar, though he never claimed to be the group’s chief – a position held by Mullah Qasim.

The JuA gained prominence in September 2014 when it announced it was supporting the Middle Eastern terrorist group Islamic State (IS), also known by its Arabic acronym Da’ish, and rejecting the main TTP leadership.

Brief allegiance to IS

By March 2015, however, the group swore loyalty to the main TTP umbrella leadership again. The JuA, however, never specifically disavowed IS either, and several attacks have been claimed by both groups. The United States, last year, designated the JuA as a terrorist group.

Experts on tribal militancy say Khorasani’s death has dealt a death blow to the JuA. The group’s face, Ehsanullah Ehsan, who claimed responsibility for countless terrorist attacks on behalf of the JuA, surrendered to the military earlier this year. Another JuA commander Qari Shakil was killed in 2015, while Khorasani’s top lieutenant Adil Bacha, along with seven of his top commanders, was killed by Afghan security forces in an operation in northeastern Afghanistan two weeks ago.

So, after Khorasani’s death, the JuA is effectively all but dead.