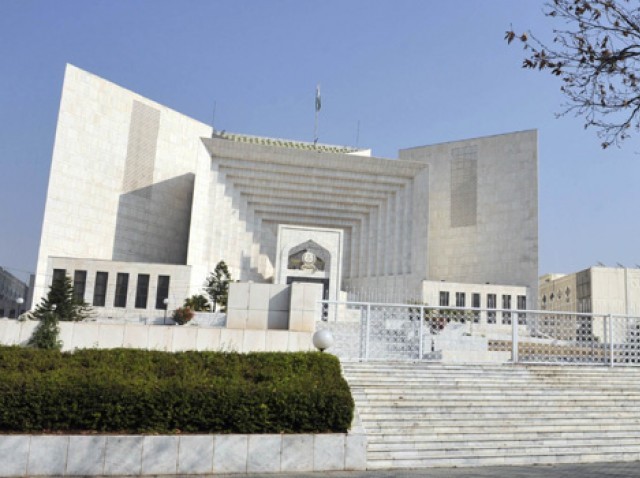 ISLAMABAD: A top court judge may have stumped PTI General Secretary Jahangir Tareen with a question on whether the politician was acting ‘fairly’ when he was actively involved in insider trading in 2005.

“You admitted to being involved in insider trading. Were you acting fairly or not,” asked Justice Umar Ata Bandial, a member of the three-judge bench hearing PML-N leader Hanif Abbasi’s plea seeking the disqualification of Tareen on the basis of his involvement in insider trading while serving as a federal minister in Pervez Musharraf’s government.

Legal experts are debating that whether Tareen can be disqualified under Article 62(1) (f) of the constitution on the basis of his past insider trading violation. The Panama Papers verdict will likely be referred to as a precedent case if this is to happen.

The majority judges’ judgment says that a parliamentarian can be disqualified for failure to fulfil legal requirements under election laws. The three judges – Justice Ejaz Afzal Khan, Justice Azmat Saeed Sheikh, and Justice Ijazul Ahsan – held that violations of a legal obligation or breach of law are necessary for the applicability of Article 62(1) (f) of the Constitution. They believe that honesty refers to the fulfilment of legal obligations rather than moral duties. They also said that the SC, under Article 184 (3) of the Constitution, can disqualify a person based on admitted facts..

On the other hand, the minority verdict penned by Justice Asif Saeed Khosa says that provisions of Articles 62 and 63 may be applied to the public conduct of a person if it affects others, but not private conduct which has no impact on the general populace.

The incumbent bench may, however, interpret the requirements of “honesty” for a parliamentarian in a different manner.

During the hearing on Wednesday, Justice Bandial asked Tareen’s attorney Sikandar Bashir Mohmand whether it could be considered righteous if Tareen – then a minister – had secret information and used it for financial gain.

In response to the bench’s query, the counsel for Tareen stated that no admission or confession, “express or implied”, was ever made by him in relation to the insider trading charges. He said that the petitioner falsely and incorrectly alleged Tareen violated the Insider Trading Ordinance, 1969 and the Companies Ordinance, 1984 in his acquisition of United Sugar Mills (USML).

“The provisions relating to insider trading that were part of 1969 Ordinance during the relevant period were sections 15-A and 15-B, which was inserted unlawfully through section 7 (5) of the Finance Act 1995 with effect from July 2, 1995. These were replaced with effect from July 2, 2008, by section 6 (2) of the Finance Act 2008. Insertion of both contravention and violation of mandatory requirements of Article 70 (1) having not been passed by both houses of parliament and same clearly do not fall within the scope of a ‘Money Bill’ under Article 73 (2) of the constitution”, said the counsel.

He contended that both insertions in the 1969 Ordinance were void, especially when read with Tareen’s rights under Article 4 of the Constitution. Mohmand also referred to the July 31, 2009 SC verdict striking down an increase in the number of judges through a finance bill.

“Do you have nothing to say on the merits of the case?” Justice Bandial then asked.

The counsel then stated that declaration under Article 62 (1) (f), irrefutable proof and affirmative evidence is required and judgments cannot be issued on the basis of presumptions and inference or surmises.

“No proceedings as envisaged in section 15-B of 1969 Ordinance have been initiated by the SECP against Tareen in the absence of strictly following the procedure and scheme prescribed in section 15-A  and 15-B, no conviction can possibly to be said to have taken place as the process was never adopted or initiated,” he further said.

Earlier, the Securities and Exchange Commission of Pakistan (SECP) in its reply said that Tareen had violated the Insider Trading Ordinance, 1969 and the Companies Ordinance, 1984 in the USML acquisition. “He also made gains of roughly Rs71 million, but returned Rs73.1 million to the SECP, including fines and legal cost that the regulator incurred on investigating the case.”

The SECP in its reply says that Tareen, as a director of JDW, was authorised by its board to negotiate the acquisition of USML. Hence, he was privy to all inside information during the acquisition and consequently made a hefty gain of Rs70.811 million in violation of Section 15A of the Securities and Exchange Ordinance.

“The unusual trading pattern and price movement in the shares of the USML from November 2004 to November 2005 was observed by Jahangir Tareen Khan and investigation under Section 29 of the SECP Act 1997 was ordered on December 12, 2006.”

“The investigation report revealed contravention of Section 15A of the Ordinance of 1969, sections 214, 216, 217 and 222 of the Companies Ordinance, and Section 4 of the Takeover Ordinance.”

It was further revealed that Tareen acquired 341,780 shares through Haji Khan and Allah Yar and made a gain of Rs70.811 million through the sale of his shareholding in USML under a public offer made by JDW in October 2005.

Later, the SECP, through a letter dated December 3, 2007, required Tareen to explain his position regarding allegations of unlawful gains.

In response to the letter, Tareen submitted a reply on December 8, 2007, wherein it is stated that “In view of the alleged violations pointed out by the SECP, I admit it does seem possible that some provisions of law may have unwittingly been contravened.”

Tareen, in his reply, offered the voluntarily return of Rs70.811 million, recoverable under Section 15-B (3) of the Ordinance of 1969, along with the maximum total fine of Rs1.258 million under various sections of the law.

The SECP, in its letter dated January 11, 2008, directed Tareen to deposit the illegal capital gain made through insider trading along with all applicable fines.

The SECP informed the apex court that it has discharged its regulatory role vigilantly and diligently as it probed the entire matter, which culminated in the return of the entire illegal gain and recovery of penalties for contravention of the relevant provision of the law. “It is respectfully prayed that this honourable court may decide the case as it deems appropriate.”

The hearing was then adjourned till Thursday (today)