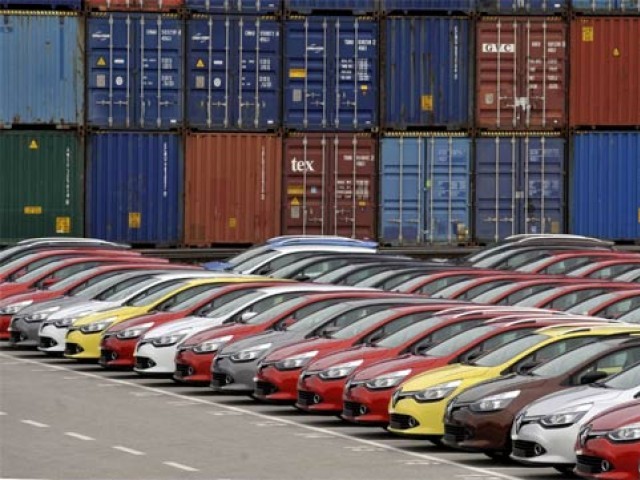 ISLAMABAD: In a bid to contain the ballooning bill of imported goods, the federal government has enhanced by up to 350% the regulatory duties on 356 essential and luxury items. However, there are slim chances that the move will have any meaningful impact on the import bill.

For the first time in last many years, government has also imposed regulatory duties on all types of imported cars, including the hybrid vehicles. The decision to enhance regulatory duties on cars is in violation of the automobile policy, approved by the federal cabinet, and could affect the new investments in the sector.

The move to impose duties on 356 tariff lines is not expected to make a big dent on $53 billion import bill that the country recorded last year but it will generate at least Rs40 billion in additional revenues for the government.

Except for vehicles, the Economic Coordination Committee (ECC) of the Cabinet on last Friday gave approval for enhancing the duty rates on the imported goods. The Federal Board of Revenue (FBR) lately decided to include cars in the list and got Finance Minister Ishaq Dar’s approval this week.

The Commerce Ministry had estimated the additional impact of the regulatory duties at over Rs22 billion. Due to inclusion of vehicles, the impact will be far more than Rs25 billion.

Since the government charges the sales tax and withholding taxes by including all kinds of duties into the goods prices, the total impact of change in duties rates will be over Rs40 billion, according to FBR officials.

The authorities are estimating that the additional duties may help contain the import bill from around $300 million to $400 million during the current fiscal year. Some items will still be imported due their high demand, which will have inflationary implications.

Dar steps in to end tiff on economy

Of the 356 tariff lines, 136 have been targeted for the first time while rates on 220 items, which were already subject to high regulatory duties, have been further jacked up, according to the FBR’s notification. These regulatory duties are in addition to up to 20% custom duties rates that the federal government charges on their imports.

The government has issued a notification with effect from Tuesday, carrying a list of 731 items. There was no change in the regulatory duty rates of 375 items but due to merger of eight different notifications into one, the total number of tariff lines stands at 731.

As many as 223 tariff lines of imported dairy, vegetable and fruit products have been targeted to contain the import bill.

Pakistan’s external account has come under tremendous pressure after the expiry of the International Monetary Fund (IMF) programme in September last year.

The external sector remains under pressure during the new fiscal year 2017-18 as well, prompting the authorities to expand the list, subject to regulatory duties.

However, the IMF is of the view that such administrative measures would not yield the desired results and the government may have to review its import policies.

In January this year, the federal government had also enhanced the cash margin requirements for import of the goods but that too proved ineffective.

The regulatory duties on shelled items were increased from 10% to 45% – a net additional burden of 350%.

The regulatory duties on aerated water are increased by 166% to 40%. Duties on all types of cosmetics have gone up by 233% to 50% of their import value. The duties on marbles have been up further by 125% to 45% of the value.

The government also brought drastic changes in duty structure of all types of vehicles and targeted 55 tariff lines with up to 100% additional duties. It has imposed 15% regulatory duty on new cars of up to 1800cc including the hybrid vehicles.

The duty rates on all-terrain vehicles have been increased from 50% to 80% of the value, putting additional burden of 60% on the importers. The regulatory duties on imported furniture have been doubled to 40%. All the sports goods have been slapped with 30% to 50% regulatory duties.