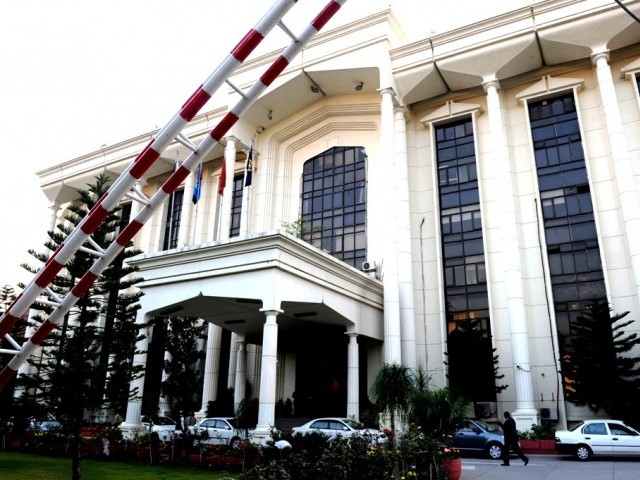 ISLAMABAD: With elections around the corner and a government already looking to be extravagant, the Federal Board of Revenue (FBR) has missed its first-quarter tax collection target by a margin of over Rs20 billion, compounding problems at a time when the external sector is already facing serious challenges.

Till 8:00pm on Friday, the FBR had provisionally collected Rs753 billion during the July-September period against its target of Rs782.1 billion, a gap of about Rs29 billion. The FBR officials claimed that about Rs8 billion payments were still in the pipeline, which would reduce the shortfall to Rs20 billion.

The FBR was posting a healthy growth of almost 20% in collection, but it was still below the required pace to achieve the quarterly target.

In a related development, Finance Minister Ishaq Dar also announced to extend the last date for filing annual income tax returns by one month after the FBR received a little over just 200,000 returns by the end of September 29.

The number of returns filed till the last working day of the month was just 17% of the total returns filed in the last fiscal year. The date has been extended till October 31 for individuals, associations of persons and companies, according to the finance ministry.

One of the reasons for the low number of returns was the failure of FBR’s Income Tax Policy in timely finalising the return forms. Against a registered 4.3 million people, only 1.2 million filed their income and assets statements in the last year, showing weak enforcement.

A recent study of the World Bank has estimated that Pakistan suffers an annual tax loss of Rs3.2 trillion due to weak enforcement and low compliance by taxpayers.

The Rs753-billion tax collection was largely driven by indirect taxes, particularly customs duties, which have become an easy source of earning for tax authorities.

The FBR spokesman was reluctant to speak on the record, as the new chairman, Tariq Pasha, has started keeping the information secret from the media. This was unlike in the past when the spokesman would share the provisional collection figures on the last day of the month.

The provisional tax collection in three months was higher by Rs126 billion or 20% over the collection made in the same period of the last fiscal year.  The FBR needed 24.7% growth rate to achieve its quarterly target of Rs782.1 billion, which it had set just a couple of months ago.

The State Bank of Pakistan also said on Friday that the pressures on the external front and an expansionary fiscal policy were posing challenges to the goal of achieving higher economic growth. The country’s external sector was already under pressure and Pakistan booked $2.6 billion current account deficit during July-August period of this fiscal. The $2.6 billion deficit was 102% higher than the current account deficit recorded in the same period of the last fiscal year.