‘He wanted to quit smoking, they snuffed out his life’

‘He wanted to quit smoking, they snuffed out his life’ 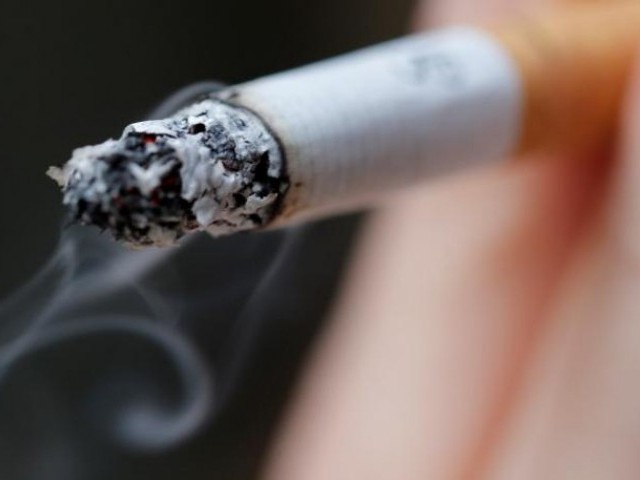 LAHORE: Twenty-eight-year-old Aqaash Arsalan was so excited about his wedding that he even decided to quit smoking.

“When he expressed his desire to the family, we were astonished as he was a chain smoker and had been trying to get him to quit for years,” says his brother Sibghat Khokhar. He was taken to the Promise Psychiatrist and Rehabilitation Centre in Lahore, but instead of helping him quit smoking, they killed him.

“Three days after his admission, everyone was delighted; right up to the point when we heard of the terrifying news of his death.”

The deceased was allegedly tortured to death by the administration of the rehabilitation centre on September 20.

Arsalan belonged to a well-to-do family and was the owner of a petrol pump, “His two elder brothers were MBBS doctors and the third was an MBBS graduate.

Arsalan was a jolly, fun-loving guy, but also an equally responsible individual, say his family members. The only issue was that he was chain smoker. He smoked so consistently and to such an extreme level that he himself was frustrated by the habit.

A few weeks before his death, his marriage ceremony was scheduled for November 4. He made a resolution to quit smoking before marriage and decided to join a rehabilitation centre. Relatives were excited and astonished in equal measure after hearing of the decision.

His elder brother Zeeshan Hassan, himself a doctor, visited the centre and conducted a meeting with its CEO Dr Dilawar.

He told them that Aqaasha will have to stay for 40 days for the rehabilitation process and charged Rs175,000 rupees for the stay alone. They paid the money and he was admitted on September 16.

On September 20, Zeeshan Hassan received a call at around 12.40 am from Dr Dilawar and told that the patient was admitted to Jinnah Hospital as he was experiencing breathing difficulties. The family rushed to the hospital from Gujranwala.

When they reached there, Dilawar was standing with the body of the victim.

Hassan noticed marks of torture and stains of blood on the victims’ body. When he checked the head and body, he found that they were filled with blood. When he asked Dilawar about the injuries, the rehabilitation centre doctor changed his statement and said that Aqaasha fell from the stairs.

The family decided to go for an autopsy and police report. In the meanwhile, Dilawar reportedly fled from the scene.

The report showed that the man was tortured to the point that ten of his ribs were broken. It further stated that death came just a few minutes after the victim sustained these injuries.

“The injuries caused are anti-mortem and caused by blunt means. The cause of death in this case is damage to vital organs of the chest and abdomen (lung and liver), leading to hemorrhage, shock and death. The head injury may also be fatal.”

Police have arrested all the nominated suspects and were investigating the matter further.

Investigation Officer Shafiq Bhatti told The Express Tribune that according to initial investigations, the victim was brutally tortured by employees and administration and this led to his death. “They started beating him when victim Aqaash insisted to talk to his family and an argument ensued,” he added. “Torturing patients was a matter of routine matter at the centre, “Bhatti alleged, revealing further details of the investigations.

‘He died asking for a drop of water’

Quoting eyewitness accounts, Khokhar said that Atif, warden of the center, started torturing Aqaash when he asked for a pizza.

Zeeshan, brother of the victim, had paid the money 175,000 Rs in advance. He even paid extra cash so he may buy something to eat.

Aqaash was a foodie and Zeeshan had told Dilawar to bring anything the patient may want to eat. “Eating in groups was a habit of his,” the brother recalled.

On the day of the incident, he told fellow patients that he would bring them pizza. He asked Atif, the warden of the centre to order pizza. “Instead of listening to his demand, Atif started abusing him,” the brother said. “You are a drug addict, you snort cocaine and are nothing but a filthy poor man,” the victim was allegedly told.

The warden also allegedly denied that money had been paid in advance for the food.

When the argument ensued further, Dilawar intervened. Khokhar claimed he slapped Aqaash on the face, telling Atif and the others to beat every part of his body except the face. Four employees of the center captured him and started beating him with kicks and fists.

The victim fell unconscious and they kept kicking him, Khokhar alleged. “Eat pizza; why you don’t get up and eat it?” he quoted the assailants as saying in their efforts to taunt the victim.  “One of the suspects was a dispenser and would check the pulse of the victim after brief periods. The brother said that his brother would get up and cry for mercy, but Atif kicked him in the chest.

The victim’s head hit a wall. The victim cried that he could no longer breathe, and again the staff at the centre picked him to inflict further pain. “He was asking for water. But they kept on kicking him.  At last, the victim died.

The investigation officer and three fellow patients of the victim confirmed the details of the incident narrated by Khokhar.