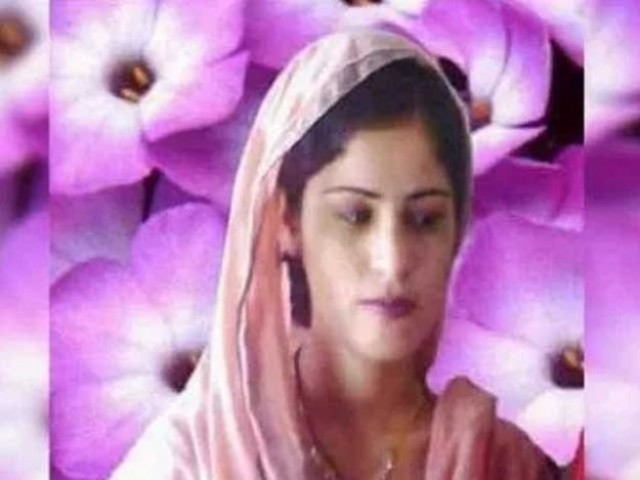 KARACHI / HYDERABAD: Sindh High Court (SHC) Chief Justice (CJ) Ahmed Ali M Sheikh ordered on Tuesday the Sindh inspector-general of police to assign the murder case of Tania Khaskheli to any senior and honest officer to impartially probe into the killing after it was reported that the suspects were trying to influence the investigation.

The SHC CJ gave these directives while hearing a suo motu case over the alleged murder of the 19-year-old girl by a local landlord for refusing his marriage proposal.

Judicial sources told The Express Tribune that the SHC CJ also ordered the Hyderabad DIG and Jamshoro SP to provide protection to the father of the slain matriculation student and her other family members in the wake of threats from the supporters of the primary suspect, Khan Muhammad Noohani.

CJ Sheikh had taken suo motu action on media reports regarding the killing of the girl in Jhangara-Bajara town near Sehwan and her family’s complaints regarding threats from the accused. Sheikh had ordered the Hyderabad DIG, Jamshoro SP and the investigation officer (IO) of the case to appear in person, along with progress reports of the case.

The complainant, Ghulam Qadir, said his life as well as lives of his family members, including the school-going girls, was in danger at the hands of the supporters of Khan Muhammad. He also expressed his reservations regarding the IO as in his view the officer could not conduct an impartial investigation.

To the queries during the hearing, CJ Sheikh observed the IO could not give a satisfactory explanation, which justified the complainant’s apprehension.

“In the circumstances, the IG is directed to withdraw investigation from the present IO and assign the same to any senior, honest and reputable officer,” the top judge ordered the police chief.

He further directed that the IG will himself supervise the investigations being conducted by the new IO and submit periodical progress reports.

“In case any harm or injury is caused, the Hyderabad DIG and Jamshoro SP shall be held personally responsible,” the SHC CJ told the senior police officers. He further directed the Hyderabad DIG to ensure that the absconding accused is arrested within the shortest possible time.

The next hearing of the case has been fixed for September 29, in which the legal AIG, Hyderabad DIG, Jamshoro SP and new IO have been directed to appear with the progress report.

Suspects given to police remand

In the meantime, an anti-terrorism court (ATC) in Hyderabad remanded on Tuesday the two accused in Tania’s murder case to a seven-day physical custody of police. Earlier, the Jamshoro police produced Khan Muhammad and Moula Bux Noohani alias Moulu before the ATC and requested for their physical remand for further interrogation.

Both suspects have been nominated in a FIR under sections 302 and 34 of the Pakistan Penal Code and 6/7 of the Anti-Terrorism Act. The case was regsitered at the Jhangara police station on the complaint of Tania’s father.

At a press conference in Hyderabad on Monday, DIG Rind had claimed that the suspects were arrested near Nai Bara, a seasonal rain-fed waterway, near Kotri in Jamshoro while they were trying to escape to Thatta district.

However, some police sources claimed that the two suspects fled to Balochistan after killing Tania on September 7 and were given shelter by a relative of an MNA. The sources further claimed that an influential political figure of Jamshoro district negotiated for their surrender.

In contrast to DIG Rind’s statement at the press conference which claimed that Khan Muhammad and Moulu were arrested in a raid, the application for remand submitted in court stated that they were arrested after an encounter with police.

Jamshoro police informed the court that an FIR of the encounter has been registered at the Kotri police station. The police also revealed that they recovered a pistol from the suspects.

Meanwhile, a photograph has also been circulating on social media, showing Kotri SHO Naek Muhammad Khoso posing for the camera as he handcuffs Khan Muhamamd. However, the place appears to be a rural autaq (guest house) which apparently negates the version presented before the court.