Law enforc­ers seized a huge amount of arms and explos­ives during the operat­ion
By Mohammad Zafar
Published: September 19, 2017
Tweet Email 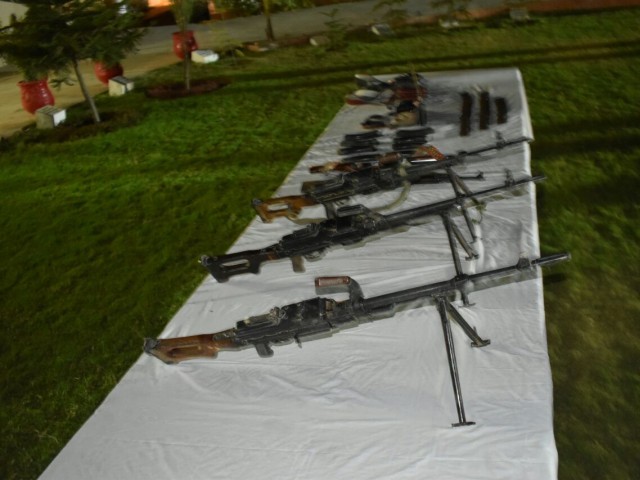 Law enforcers seized a huge amount of arms and explosives during the operation in Dera Bugti on September 19, 2017. PHOTO: FC

The Frontier Corps (FC), during the wee hours of Tuesday, conducted two separate raids in the Dera Bugti area of Balochistan and killed two militant commanders.

On a tip-off, FC personnel raided two hideouts. In both the operations, as soon as the militants came to know about the presence of FC personnel outside their hideouts, they opened fire on them. The FC personnel retaliated and gunned down both of them, who were later identified as hardcore militants Thango and Kaleri.

According to sources, Thango and Kaleri were most-wanted criminals. However, the sources did not reveal whether they carried any head money.

The paramilitary force destroyed both the militants’ camps and seized a huge amount of arms and ammunition during the operation.

The killed commanders have been shifted to district headquarters hospital.