'We have a love-hate relationship with the US'

'We have a love-hate relationship with the US' 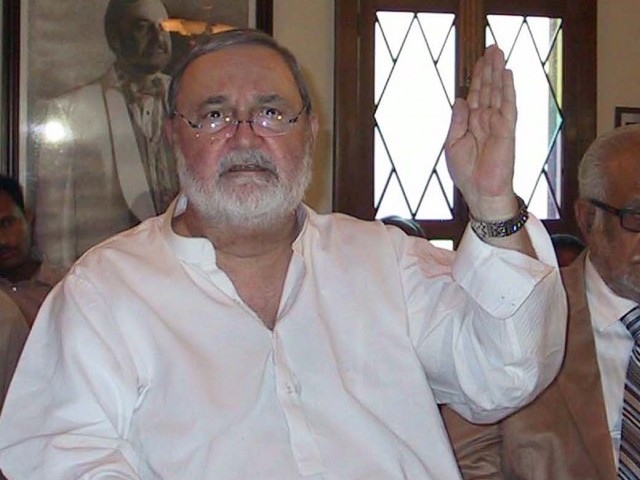 KARACHI: There is no new challenge, as the same old policy of the United States on Afghanistan still exists, which is to bully Pakistan, alleged former Pakistan ambassador to the United Nation Abdullah Hussain Haroon.

“We need to mend our ways and come up with a latest foreign policy,” he said during a seminar titled ‘New US Afghan Policy: Challenges for Pakistan’ organised by the Diplomatic Forum on Saturday.

He said that realignments in the region are going to cause a major work shift. The ruthlessness and brutality of US President Donald Trump is not going to save the world, he said, adding that wisdom is required to talk about, prevent and circumvent major conflicts in the world.
“We as a nation have forgotten what the founder of the nation said about us being strong people and a strong nation, hence we must stand up,” defence and strategic analyst Brigadier (retd) Tariq Khalil said. He added that instead of a softer image, Pakistan must adopt a firm image and portray it to the world.

We are not a weak country, yet to be strong we need to be united and all the stakeholders, including the citizens of Pakistan, have to be on the same platform to face challenges posed due to the recent US-Afghan policy by the Trump administration, he said. “We have and a love-hate relationship with the US,” he said.
According to a research by Professor Dr Talat A Wizarat from the Institute of Business Management’s (IoBM) Centre for Policy and Area Studies Department, more than $150 billion has been lost by Pakistan in the war against terrorism.

“The new US policy in Afghanistan will start a new phase of bloodshed in Afghanistan and the expanded role of India in the country will ignite rivalries in the region, resulting in increased tensions,” said Dr Talat. She added that the the US is not planning to leave Afghanistan any time soon and that it would remain there for a long time to keep an eye on the region, Pakistan’s nuclear power and Central Asia’s resources.
“The US has used deception, cohesion and blackmail as its strategy to force countries into submission,” said IoBM’s College of Economics and Social Development Dean Dr Shahida Wizarat. She said that the same tactics are being used by the US to subdue other nations, including Pakistan, ever since the war on terror started in 2001. She added that Pakistan should initiate negotiations with the US and discuss its role in its recent US-Afghan policy on equal terms.