Strong­er tells the true story of Jeff Bauman, who at 27 become a symbol of hope follow­ing the Boston Marath­on bombin­g
By AFP
Published: September 10, 2017
Tweet Email 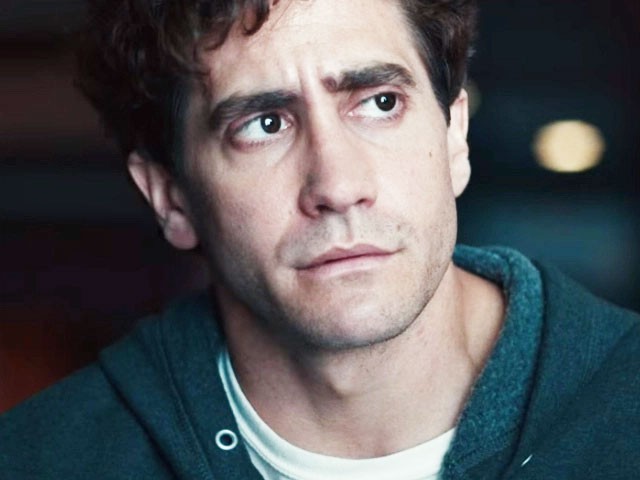 A man who lost both legs in the Boston Marathon bombings inspired moviegoers on Saturday, walking the red carpet at the Toronto film festival for the premiere of Stronger.

The film, directed by David Gordon Green, tells the true story of Jeff Bauman, who at 27 captured the hearts of Boston and become a symbol of hope following the 2013 attack.

Bauman had been at the finish line waiting for his ex-girlfriend Erin – whom he hoped to win back – when the blast occurred.

After regaining consciousness in the hospital, he helped police identify one of the suspects.

Matthew McConaughey could be our next Marvel superhero

His subsequent struggle to walk again and regain his life would test family bonds and define a community’s pride.

“I don’t like being called a hero,” Bauman told a press conference in Toronto.

“The people that saved my life, my caretakers, the people at Boston Medical Center, my surgeon, the people who pulled me off the ground and got me out of there, Carlos (a bystander who rushed to his aid)… the police, the paramedics – those are the true heroes.”

“I lost something, but my heroes picked me up,” Bauman said, giving a nod also to Erin, who is now his wife, and to his mother.

Actor Jake Gyllenhaal, who plays Bauman in the film, said being “vulnerable and open” about his struggle is what makes Bauman strong in his eyes.

“I’ve been asked, ‘When are you going to do a superhero movie?’ I feel like I finally kinda have. That’s how I feel about” Bauman, he said.

The film captures the essence of this ordinary man, as well as his family and his friends, who are, as screenwriter John Pollono put it, “flawed and awesome.”

They argue, they get drunk and they hurt each other. But they go on, together.

He described how he and Erin would be in their room, and “my mom would be banging on my door, hammered,” Bauman recalled. “She’s still my hero, but mom, go to bed.”

Some 2,500 people packed into a Toronto cinema for the film’s world premiere, which brought out laughter and tears from the audience.

“That’s pretty much my life in a nutshell: you cry, you laugh and you keep on moving forward,” said Bauman.

His first red carpet, he said, was “overwhelming.”

“I’m not geared up for being thrown out on a red carpet like Jake is? I’m like a deer in headlights and I asked ‘What do I do?’ and they’re like, ‘Walk,'”

‘You don’t have a choice’

“Seeing the movie, it brought me back,” he said.

“Obviously the bombing was hard, and seeing myself ripped apart on the ground like that and seeing other people around me, it does bring me back.”

The bombings wounded 264 people, including 17 who lost limbs, near the finish line at the city’s popular marathon.

A US citizen of Chechen descent, Dzhokhar Tsarnaev, was sentenced to death in 2015 for perpetrating the bombings, one of the bloodiest assaults on US soil since the September 11, 2001 attacks.

He was found, injured, in a grounded boat on which he had scrawled a bloody message defending the attacks as a means to avenge US wars in Iraq and Afghanistan.

His older brother Tamerlan was shot dead on the run before Tsarnaev was arrested.

Bauman described how people often approach him now and say they wouldn’t have had the strength to survive as he did, and walk again.

“I’m like, don’t ever say that. Yeah, you definitely could,” he said.

“When you’re in this position you don’t have a choice, you’re not going to sit at home and not walk, and not leave your house, as much as I might want to sometimes.

“Everyone can get through anything. And it’s hard,” he continued. “Life isn’t easy and that’s what this movie shows – it’s not perfect.”

My son unfortunately has seen his parents split: Arbaaz Khan