Shehbaz hits back at charges through legal notices

Shehbaz hits back at charges through legal notices 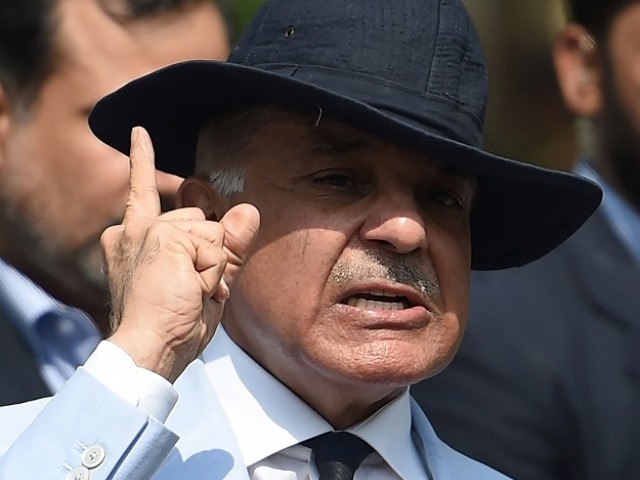 LAHORE: Urging the media to take up genuine cases of financial scams in Pakistan, Punjab Chief Minister Shehbaz Sharif revealed that he has, through his counsel, served legal notice to a private media channel and Senator Aitzaz Ahsan for leveling baseless allegations against his family for taking bribes in the Multan Metro Bus Project.

The legal notice was served for airing a “concocted and fabricated story” which damaged the repute of Shehbaz, whereas the same was sent to Senator Aitzaz Ahsan, a guest in the programme, for ratifying the claims made by anchors. The legal notices demanded an apology otherwise a suit seeking damages worth Rs5 billion would be filed.

Chief Minister Punjab Mian Shehbaz Sharif, during a media address on Wednesday, rejected the claim made by the channel. He said the media organisation was “playing cards” right into the hands of land grabbers.

He said such criminal elements were sponsoring the channel to spread fabricated stories.

He said the letter used as evidence to prove the allegations was fake. Shehbaz added the Punjab government had checked with the contractors engaged in the Multan Metro for their connections with the said companies which were allegedly owned by the Sharif family.  He said there was no direct or indirect link between PML-N leaders and the company in question.

He said these entities were not even registered with the Pakistan Engineering Council. The CM said that if a single penny of corruption was proven against him, he would offer himself up to be taken to task.

He said the challenge to prove charges against him would remain in place even after his death.

Shehbaz said that if any cases are proven against him even after he has been put into the grave, his body should be exhumed and hanged from a pole.

The CM said he would not have replied to the matter if other “serious channels” had not taken up the story. He added any forum was free to probe this case or any other government contract.

Shehbaz stressed that these allegations could strain relations between Pakistan and a key ally for the country that is China. He said that these three anchors and the host of the said programme should be ashamed of themselves.

The CM said he was shocked that the media failed to take up other matters such as those related to NICL, EOBI, rental power projects and Mehran Bank.

He asked why the media was not looking into loans worth billions of rupees that had been illegally waived.

He said that there should be accountability across the board and it must also be ensured.  Shehbaz said baseless allegations were also leveled against him by PTI Chairman Imran Khan.

“Now, when I took him to the court, he did not follow on the case.” He claimed that Imran Khan threatened to “disclose his secrets” if he took him to court. He asked where the PTI chief’s revelations went. “I urge him come forward and reveal the name of the person who offered me a bribe in the Panama Case.

He also requested Imran to join hands with his party in the upper and lower house to bring amendments to the law so that defamation cases can be decided in a month’s time for the public to understand who was honest.