Punjab chief minist­er believ­es 'we can only rise from povert­y by gettin­g rid of aid'
By News Desk
Published: August 25, 2017
Tweet Email 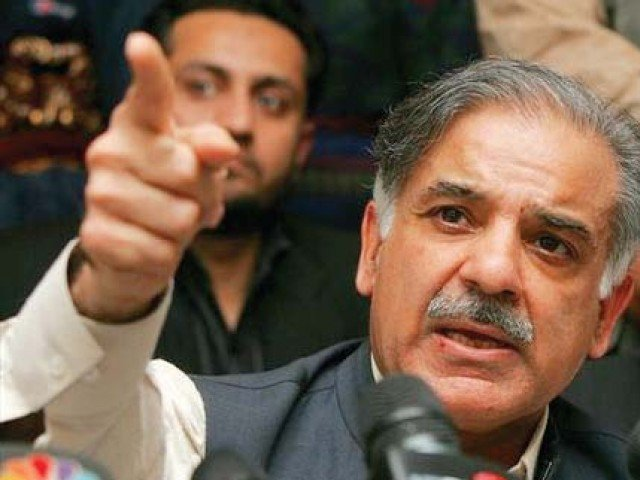 Punjab Chief Minister Shehbaz Sharif has responded to US President Donald Trump’s hard line strategy on Afghanistan and Pakistan, saying the nation must politely close the chapter on US assistance to save face.

“It is time for Pakistan to politely and gratefully close the chapter on US assistance so that the bilateral relationship can be freed from the shadow of contemptuous taunts…” the Pakistan Muslim League-Nawaz (PML-N) leader tweeted on Friday.

Accusing Pakistan of “harbouring terrorists”, the US president, earlier this week, announced 4,000 new troops for deployment to Afghanistan, backtracking from his earlier promise to end America’s longest war.

“We must view current geopolitical and security challenges faced by Pakistan as an unprecedented opportunity to begin to define truly sovereign and independent vision of its future in line with the ideals of its founding fathers,” he said in another tweet.

Shehbaz said Pakistan has endured the burden of terrorism for far too long and such remarks from US only throw a negative impact on the people of Pakistan.

“Constant allusions to American assistance in larger conversations about regional peace and security represent salt on the wounds of the millions of Pakistanis that have endured the burdens of terrorism, poverty and poor governance,” the tweet read.

“Pakistanis have already rendered enough sacrifices in man and material for achievement of shared objectives of terror-free and peaceful world.”

The Punjab CM reiterated that it was his “belief and article of faith” that the Pakistanis could get rid of aid, which harmed their self-respect.

It has been my firm belief and an article of faith that we can only rise from poverty and indignity through tireless efforts and .. >

He concluded the thread saying we must learn to rely on ourselves to be able to alter the fate of the civilians and the nation.

by getting rid of aid which injures our self-respect. We have to learn 2 rely on ourselves & the ability of our people 2 change their fate! https://t.co/DjdeJb6foG

Rejecting the “specific allegations and insinuations” levelled against Pakistan, the country’s civil-military leadership has insisted that scapegoating Pakistan will not help stabilise the war-ravaged country.