The IO says the story of the girl’s murder is concoc­ted by the family to implic­ate oppone­nts
By Shamsul Islam
Published: August 30, 2017
Tweet Email 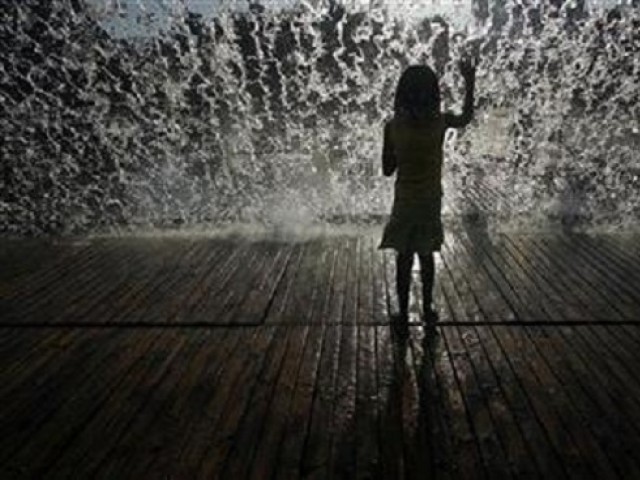 FAISALABAD: Mughlani, a desperate woman strangled to death her 16-year-old daughter in a cunning move to implicate her opponents and get a murder case registered against them.

The terrible incident took place in Chak No 146 JB, Bulakhsti, Rajoa Sayyedah police jurisdiction, district Chiniot. A complaint was moved before Rajoa Sayyedah Police Station by Mughlani’s husband wherein he contended that his daughters went out to collect wood on June 19, when Irfan, Sadam, and Zareena Bibi, all residents of the same village, appeared on the scene.

Irfan called his accomplices Sadam Hussain and Zareena Bibi to catch Nasreen and not allow her to go as they wanted to teach a lesson to her parents for getting them implicated in criminal cases some time back.

Sadam, who carried a rope, overpowered Nasreen Bibi and pulled it around her neck while Zareena started beating her. Irfan inflected injuries on her back and abdomen. Due to severe beating, the victims cried for help when Mughlani Bibi, the wife of the complainant and Khalid Ahmad, son of Khadim Hussain, reached at the spot.

Nasreen Bibi was badly injured and was shifted to the DHQ Hospital Chiniot on June 19. She died succumbing to her injures the following morning. The complainant said that the accused had inflicted serious injuries to his daughter due to which she died at hospital.

On this complaint, the local police registered a case under Section 302/34 of the Pakistan Penal Code and investigation of the case was assigned to Muhammad Yaqub, ASI City Circle Chiniot Police Station of homicide branch.

The police took into custody all the accused referred to in the complaint for interrogation. However, the postmortem report revealed that the injuries on the body of the deceased seemed to be self-inflicted. This report altogether changed the perspective of the investigation and the investigation officer decided to grill the complainant and his daughter Naseem Bibi.

It took almost two weeks to the IO to finally find out the truth about the incident which was entirely different from the story concocted by the complainant and it transpired that Mughlani, mother of the deceased, killed her daughter Nasreen Bibi to implicate her opponents in a false murder case.

She wanted to force them to come to terms and forgive her son Azhar Nadeem who has been awarded capital punishment by the court registered by the Mughlani’s opponents.

ASI Yaqub told The Express Tribune that Khadim Hussain, his sons Azhar Nadeem, Mursaleen, Shakeel, Yasin, his wife Mughlani and a relative Muhammad Yousuf were booked by police on October 16, 2013 on charges of murder of Ijaz over old enmity.

During investigation, police found Muhammad Yusuf, Yasin, Mughlani as innocent and discharged them from the charges of murder of Ijaz while Azhar Nadeem, Mursaleen, Shakeel, Khalil and Khadim Hussain were challaned and their case was sent to the court for trial.

In 2016, the court acquitted Mursaleen, Shakeel, Khalil and Khadim Hussain while Azhar Nadeem was found guilty of murder of the said Ijaz and was awarded capital punishment. Nadeem filed an appeal before the Lahore High Court which is still pending.