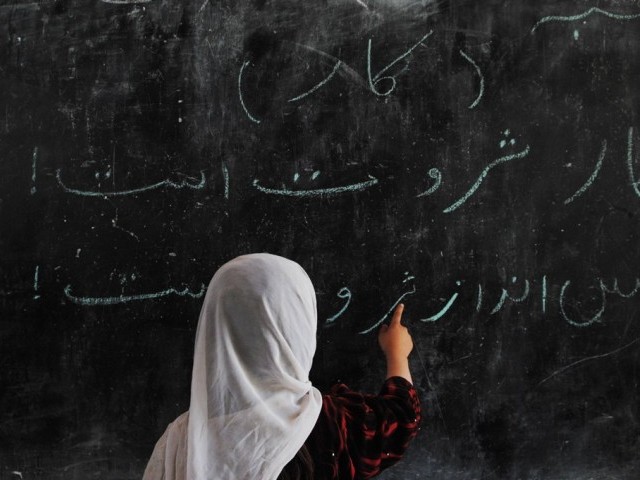 FAISALABAD: The Punjab government’s failure to release funds for Faisalabad Division will have negative consequences as future of various projects, which are meant to improve the condition of schools and education sector, is in the doldrums, experts told The Express Tribune.

“The NSB programme was launched with a clear cut objective to develop a conducive environment for teachers and learners in the schools. But, by not releasing the remaining budget amount, the government’s policy backfired as several projects remained incomplete,”Comprehensive Government Higher Secondary School, Samanabad Principal Hafiz Abdul Nasir told The Express Tribune.

He lamented, “There are a number of problems in government sector schools, especially related to inadequate water, sanitation and hygiene which are disturbing.”

“The NSB incentive meant to resolve all such issues but due to reduction in the budget, we are still facing all such problems,” Nasir maintained.

When contacted, Punjab Teachers Union President Hafiz Ghulam Mohyudin Awan told The Express Tribune, “There are a number of schools which have a high prevalence of diseases, child malnutrition and other health problems.”

According to the information gathered by The Express Tribune, only 40.3% of NSB was released during the financial year 2016-17 in Faisalabad, Jhang, Chiniot and Toba Tek Singh districts, clearly indicating the apathy and indifferent attitude of the education authorities of the province.

Under the old mechanism of financing, the non-salary budget component was calculated through incremental methods, based on bargaining.

The outcome was that merely 3% of total budget had been allocated to non-salary component over the years, which was a lot less than globally accepted standard of allocating 15%-25% non-salary budget component, a senior officer of the Punjab Education Department said.

He said that under the new financing mechanism, non-salary budget component ceiling was fixed at 15%. The new NSB formula was need based. Therefore, the allocation of funds was carved in such a way which was predictable and consistent, he added.

The school administrations were made responsible to utilise these funds for providing functional facilities, fixed school expenditures, basic student entitlements and furniture needs of the school.

It may be noted that NSB funds for all functional schools had to be transferred by the Finance Department into Special Drawing Accounts (SDAs) for NSB of FY 2016-17. The funds were then required to be further transferred to schools.

While speaking to The Express Tribune, District Education Authority Faisalabad Chief Executive Officer Javed Iqbal Chishti said, “As per the NSB formula, each primary school was supposed to get Rs411,000 for the construction of a classroom and Rs20,000 as monthly rent for coaches. A middle school was supposed to get Rs20,000 for coach rent and Rs822,000 for construction of two classrooms, while each high school would get Rs822,000 for two classrooms and additional Rs100,000 for toilets, if needed.”

He said that the entire formula was not implemented in letter and spirit. Firstly, the allocation was delayed. Secondly, the actual allocation of the budget was not released, he said.

“Similarly, we received Rs112.51 million for high and secondary education schools of the district against its allocation of Rs450.05 million which is just 25%of its total allocation,” he added.