Tehran not-so-friendly for people with disability

Tehran not-so-friendly for people with disability 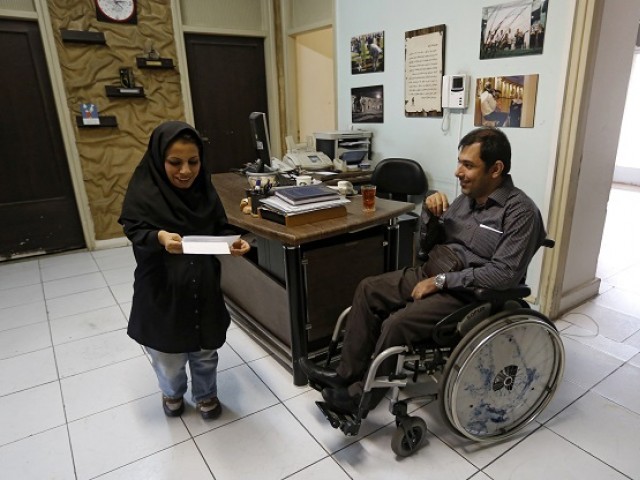 Iranian Fatemeh Taqizadeh works at her office at the Bavar ("Belief") non-governmental organisation that helps people with disabilities in Tehran. PHOTO: AFP

TEHRAN: The chaotic, impenetrable streets of Tehran have left Navid, a multiple sclerosis sufferer, feeling like a prisoner in his home.

Even for the able-bodied, the uncontrolled building spree of recent years means the Iranian capital can often seem like an assault course of narrow broken pathways, gutters full of rushing water, and cars shoved into every available inch of space.

For the thousands of disabled people in Tehran, the hilly streets are effectively a no-go zone.

“My companions are the four walls around me. I’m so tired of staring at the ceiling,” said Navid Salahi, a 30-year-old who is confined to a wheelchair after being diagnosed with multiple sclerosis as a child. “I’m afraid to go outside on my own. It’s horrible. Even at my front door, trying to get in a cab, I’ve fallen over twice because the street is so uneven. My mother does all my errands,” he told AFP.

The city council offers a disability bus service, which must be booked two days in advance, and which gets him to work at a disabled rehabilitation centre every day. “Of course, once you make the reservation, it may or may not show up,” said Navid. 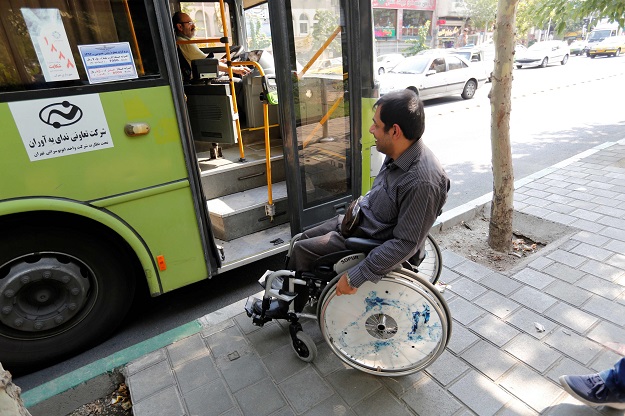 With a new reformist administration taking power in Tehran, disability activists are hoping for change.

“Our disabled people are mostly housebound and depressed,” said Fatemeh Nikbakht, who runs the Spinal Cord Injury Association with around 1,000 members. “Even an elderly person or a lady with a child cannot move easily in our urban spaces,” she said.

Official figures show there are 94,000 disabled people in Tehran, though advocates say the real figure could be far higher. Few are ever seen on its busy streets, nor on the city’s bus and metro system because reaching the stations is near impossible. The government is well aware of the problem. 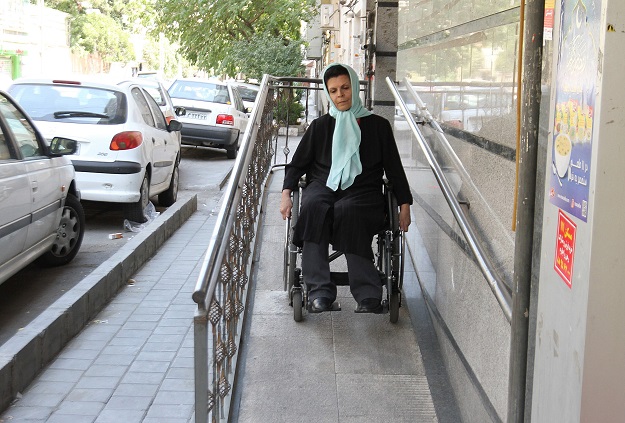 Iranian Fatemeh Nikbakht, who lost the use of her legs in an accident in the 1990s and today runs the Spinal Cord Injury Association, goes down a ramp in her wheelchair on August 1, 2017 in Tehran. PHOTO: AFP

“A disabled person cannot go even 1,000 metres on Tehran’s pavements or roads without facing obstacles,” Transport Minister Abbas Akhoundi told the Etamad daily earlier this year. “The streets have so many puddles, bumps, differences in ground level and widening or narrowing that even a healthy person cannot deal with them,” he added.

A building binge – fuelled by cheap credit and the hunt for secure assets amid sanctions and recession – means it is almost impossible to stand anywhere in Tehran without seeing cranes and the skeleton of a new apartment block or mall. 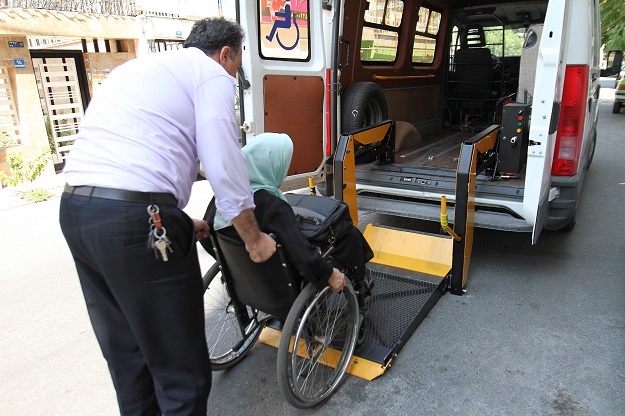 Iranian Fatemeh Nikbakht, who lost the use of her legs in an accident in the 1990s and today runs the Spinal Cord Injury Association, sits on her wheelchair as she boards a disability bus service on August 1, 2017 in Tehran. PHOTO: AFP

But little care has been given to accessing the buildings or designing them for disabled users, activists say.

“Many parks, cinemas, shopping centres or public spaces are just not accessible,” said Behnam Soleimani, a 34-year-old computer teacher who uses a wheelchair. He has been waiting several years for the council to respond to his request for a ramp at his building’s entrance.

“A broken cobblestone on the sidewalk may not even be seen by a healthy pedestrian but it’s a crisis for someone in a wheelchair,” he said.

Bollards erected on pavements and in pedestrian alleyways to block motorbikes from using them to escape the traffic also inadvertently cause problems for the disabled. 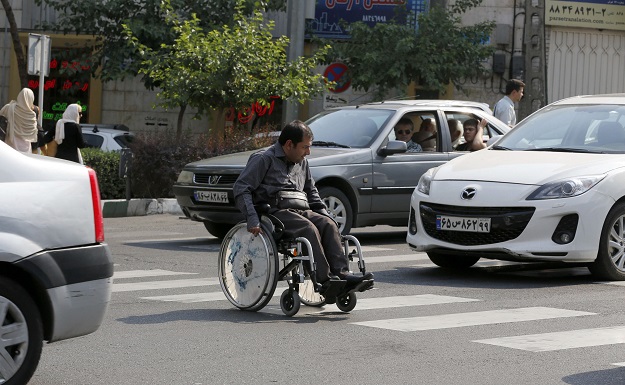 Some well-meaning measures have been ineffective. Social media users have ridiculed new lanes for blind people with pictures showing them heading directly into trees and gutters.

The outgoing conservative mayor of Tehran, Mohammad Bagher Ghalibaf, promised last month that 60 disabled-friendly buses would soon join the public transport fleet, and that accessibility improvements would form part of future transport budgets. But disability advocates say they have been hearing these promises for a long time.

A handful of pilot projects have done little for the disabled population as a whole.

Pindi hires over 300 people with disabilities

“Sadly, these are like dispersed islands and do not form a unified puzzle to allow disabled people to leave the house, move freely or use public transport,” said Soheil Moeini, a blind journalist who runs a non-governmental organisation called the Bavar [Belief] Association. “Accessibility is not only a right for all citizens, but also a precondition for any participation of disabled people in society,” he added.

Bavar wants to go beyond accessibility issues. It has been working for years with lawmakers to finalise a bill that would, among other changes, force the government either to find work for the disabled or pay them the minimum wage.

There are positive signs, with Labour Minister Ali Rabii saying in July that the government wanted to pass the bill quickly so they could build it into next year’s budget. “We no longer accept sympathy or favours. These are our rights,” said Moeini.