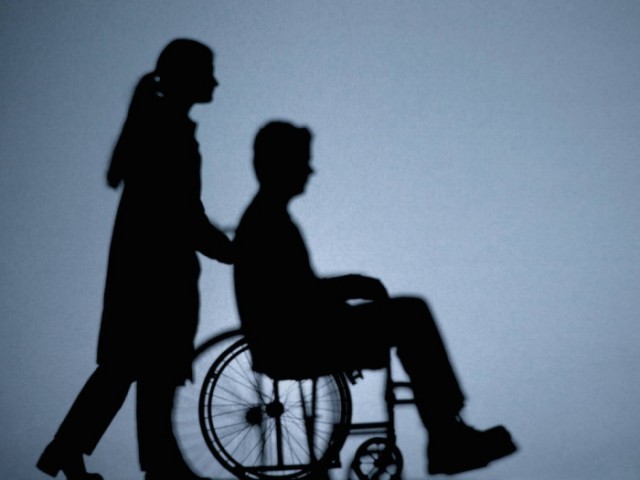 According to the last census – conducted in 1998 – there were 3.28 million people with disabilities in Pakistan. This was roughly two per cent of the total population then. Today, in the absence of an updated count, the total number of persons with disabilities is estimated to be over five million.

The number of persons with disabilities in Pakistan is believed to be higher than the global average for many reasons – Pakistan is one of the only two countries where polio still exists, it has low literacy and high poverty rates which make diagnosis of certain disabilities difficult. The country is also a victim of many natural disasters and terror attacks.

Despite being a signatory to the United Nations Convention on the Rights of Persons with Disabilities, Pakistan has not done anything substantial to make them equal members of society. Many still lack access to wheelchairs, which is a prerequisite for their mobility, while those who do make it a point to lead active lives encounter many social, economic and physical barriers. The 2% government ob quota set to support them is good on papers and in reality, they continue to suffer economically.

Every citizen responsible for safeguarding people with disabilities

In line with this attitude, the government has now decided to not ask citizens if they have any disability in the latest census. This is in violation of its international commitment which requires it to collect data about persons with disabilities. The expensive and long exercise will not be using Form 2A which collects significant information on social indicators such as education level, fertility and disabilities. Authorities say this information may be collected at a later stage and that too through sampling method only. So, the exact number of persons with disabilities will not be known.

It is just a matter of asking a few more questions but the government seems to be in a hurry, not caring for the importance of a thorough census and merely conducting the exercise in response to a Supreme Court order. Transgender persons, believed to be in a relatively smaller number than people with disabilities, were included in the main census after the Lahore High Court intervened but unfortunately, no space has been given to people with disabilities.

Pakistan has long relied on guesstimates for planning purposes but, if right done, the new census can allow policymakers to see the true picture of the population and how it has changed over the years; it will show how many people migrated to cities from rural areas, what is our literacy level, how many people are unemployed and how big are the marginalised groups such as people with disabilities.

Empathy not sympathy emphasised on International Day for Persons with Disabilities

The details available with the National Database and Registration Authority (NADRA) are also not close to the real figures because the authority is approached only by those interested in acquiring a national identity card or a passport – it doesn’t have the data of so many persons with disabilities who never make contact with NADRA. This further underscores the point that true data on persons with disabilities can only be collected during census when the government approaches each and every citizen.

Accurate statistics are important for the rehabilitation, education and training of people with disabilities and absence of such information not only makes it difficult for the government to perform its duties but also for political parties and non-government organisations to work for their wellbeing.

If the government of Pakistan is honest in its intentions to uplift the people with disabilities, including them in the upcoming census is step one. As societies are judged by how they treat the least fortunate amongst them, this issue will be a litmus test for the state.

Asifullah Khan is an author and activist who suffered from spinal cord injury during his military training.