Female entrepreneurs gear up for August 14

Female entrepreneurs gear up for August 14 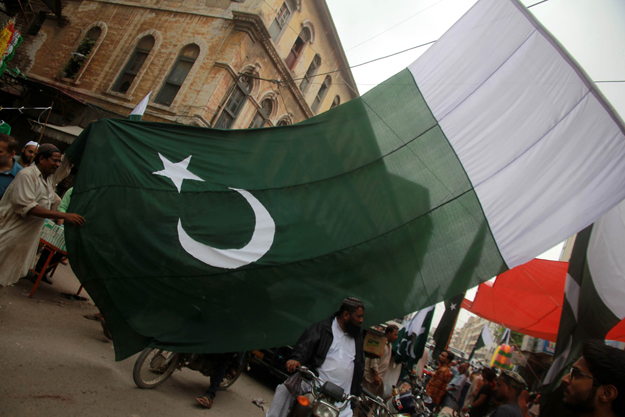 KARACHI: Clad in colourful saris, wearing red sindoor on their forehead and some hiding their faces with veils, around 20 women from the Hindu community set up stalls along with dozens of men in Paper Market for Independence Day.
The women set up small stalls on the ground just beside the men’s stalls. They mainly sell bangles but some sell different hairbands and clips in green and white colours. 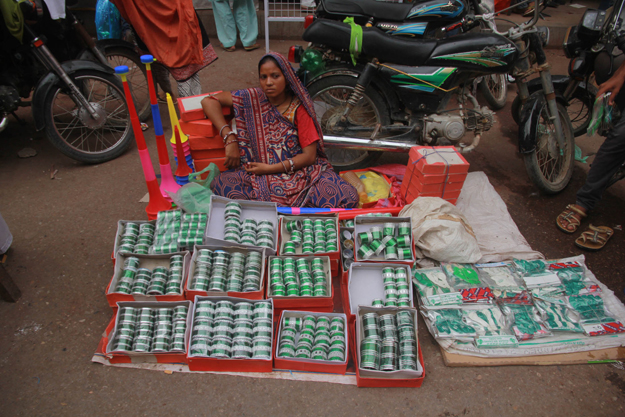 Clad in colourful sari, women from the Hindu community set up stalls at the Paper Market. PHOTOS: ATHAR KHAN/EXPRESS

“We set up stalls with mutual understanding to sell badges, flags, shirt and bands, while the females sell bangles,” said Arif Shahzad, who sets up a stall in Paper Market before every Independence Day. He said the women who set up stalls are working hard to earn their livelihoods and should be encouraged.
Shanti Bai from Bheempura sells dry fruit at Empress Market but, for the past six years, she has been selling bangles every August to earn extra money. “I have invested around Rs2,500 in the stall and I earn around Rs300 daily,” she explained. 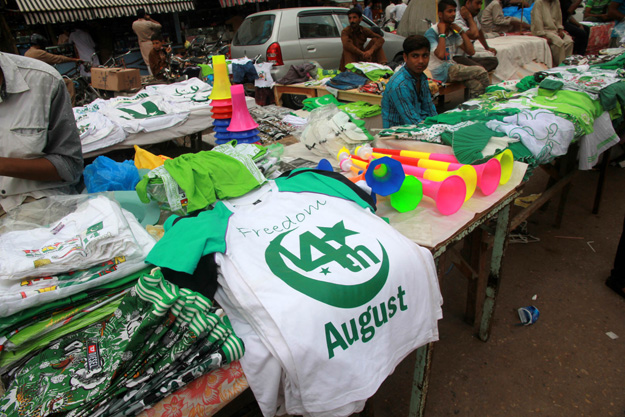 Another woman, Urmila said, “I used to sell cashew nuts but they are expensive to invest in, hence I sell green and white bangles in August as their demand is high”.
All the entrepreneurs are relatives or neighbours and live in Bheempura or the Lighthouse area. “I took a loan from a relative to set up this bangle stall and am hoping I can make good money till August 14,” said Shilpa, who along with her sister Bhomi, was sitting on the side of the road selling her products.
The women set up their stalls in mid-July and come to the market at 10am every day. 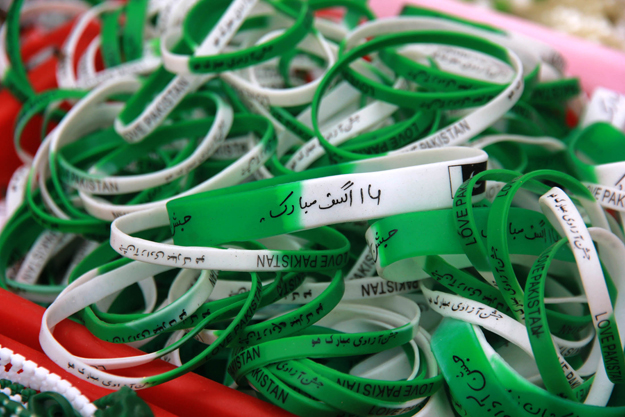 The prices of the bangles range from Rs20 to Rs100, depending on the size and the kind of work on them.
“We do not bargain much, as we are located in a whole-sale market,” said Chawri, who used her entire year’s savings to set up the stall. She hopes to save money for her daughter’s wedding.
Almost all the women work at other places and set up stalls in Paper Market in August, as they feel it is one of the best places to sell Independence Day merchandise.
In August, the demand for merchandise increases and children come to the stalls right after school to buy badges, flags and different props with their parents, said Simran. “Everyone in the market is helpful and welcoming and we face no hurdles,” she said. She added that once a day, traffic policemen come and ask them to relocate their stalls because they create traffic jams in the street. 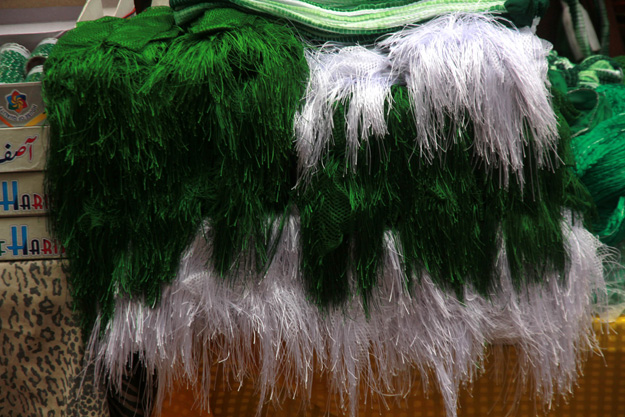 “They have covered half of the street from both sides, which makes it difficult for pedestrians to walk and shop,” explained a traffic police officer on duty at Lighthouse.