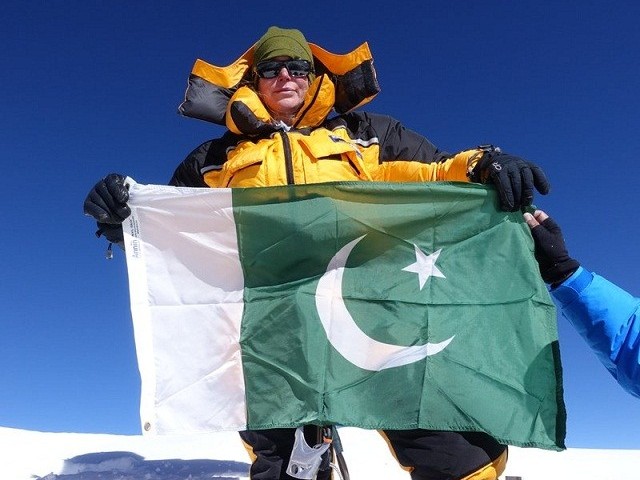 A British-American woman mountaineer has successfully climbed K2 and held Pakistan’s flag when she reached the peak.

Vanessa O’Brien, 52, showed her great affection for Pakistan and tweeted about the country’s love and support she enjoyed.

One most important flags I carried to the top of #K2 was #Pakistan, a country that has showed me so much love & support #PakistanZindabad pic.twitter.com/sM5oB9bIeL

K2 is the second highest peak in the world, lying on the border between Pakistan’s Gilgit-Baltistan and China’s Xinjiang. It is the highest point of the Karakoram range and the top point in both Pakistan and Xinjiang.

O’Brien is also the fastest woman to complete the Explorer’s Grand Slam, a competition of adventurer challenges to reach the North Pole, the South Pole and all of the Seven Summits.

She also held the US and British flags to show her identity. According to the Forbes magazine, O’Brien is the first American woman to climb the treacherous mountain.

The Alpine Club of Pakistan said on Sunday that O’Brien, who has also scaled Mount Everest, reached K2 summit on Saturday and began descending from the peak the same day.