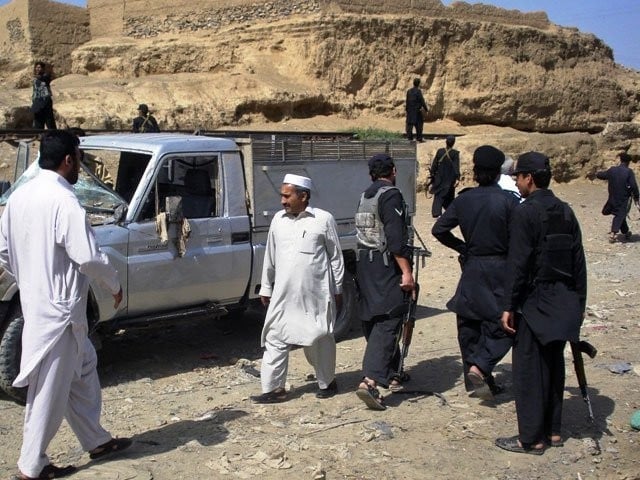 The injured were shifted to a nearby hospital after the tragic incident. PHOTO: EXPRESS

QUETTA: At least four people were killed and five others injured in a blast in Cheeqgi area near Pakistan-Iran border in Panjgur District on Saturday.

Panjgur Deputy Commissioner Abdul Jabbar said the victims were local shepherds and the injured have been shifted to a nearby hospital. Local sources in Panjgur told The Express Tribune that Iranian forces opened fire at the rescue team, delaying efforts.

Initial reports suggest the explosives were planted on a roadside. The area has been cordoned off by security forces.

No group has claimed responsibility for the attack as yet.

Last month, at least 13 people – among them seven policemen – were killed in a suicide car bombing outside the office of Balochistan’s police chief in Quetta.

There were competing claims of responsibility for the attack that left over two dozen people injured. Jamaat-ul-Ahrar [JuA], a splinter group of the outlawed Tehreek-e-Taliban Pakistan [TTP], had claimed it was behind the deadly bombing, while the Islamic State [IS] group, said one of its followers had carried out the carnage.