Panama Ka Hungama — in the end, will it even matter?

Panama Ka Hungama — in the end, will it even matter?

There will be celebr­ations galore from the camp that wants to see the PM gone, but then what?
By Afia Salam
Published: July 26, 2017
Tweet Email 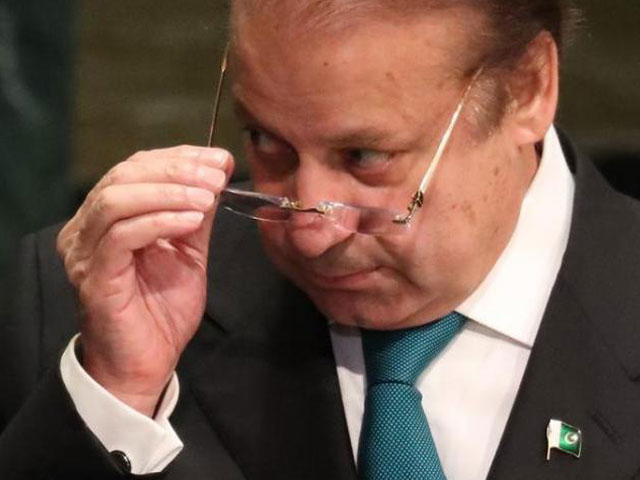 Do we wait until the ‘reserved’ judgment of the Supreme Court decides the fate of the prime minister? PHOTO: REUTERS

I have no legal background, and neither will make any pretentions about being a political analyst in the public space, despite having very strong political opinions.

What I am is a citizen of Pakistan looking worriedly at the goings-on in the aftermath of the ICIJ report. From the initial brouhaha over finding names of those Pakistanis who had offshore accounts in the tax haven of Panama, to the current state where Prime Minister Nawaz Sharif is facing an existential crisis, we have sure come a long way!

What has struck me most has been this unending cycle of whataboutary; of he or she did it too; of the technicalities of admissibility or otherwise of ‘evidence’ brought in to condemn or exonerate the accused, of forged, fake, unverifiable or verifiable by dubious, extra-legal means documents and letters, and last but not the least, the copious amounts of leaks! No sooner had something been submitted in the court, would it make its way into the Sultanate of Whatsappia and other social media platforms, which brings great credit to a process that is supposed to serve up justice!

The case of offshore accounts soon snowballed to a pitched battle between Imran Khan and Nawaz Sharif, raking the embers that were dying down after the inconclusive dharna of two years ago. Many say it is a battle between the PM and a wannabe-PM. Be that as it may, to his credit, Imran championed the cause of accountability when it was not on anyone else’s agenda.

On Nawaz Sharif’s’ side, his defenders cry hoarse that his name is nowhere in the document listing the offshore account holders. But his family members were named and that was reason enough to take up the cudgels. The line between public and private was blurred because the accusation was of them having benefitted from either public money, or from public office of Nawaz Sharif, which made him more answerable than ‘other’ private individuals, including Imran Khan, who too was linked to Panama.

However, once the genie was out of the bottle, the trial became all about the money trail, with the Supreme Court also not wanting to leave any loopholes; hence the constitution of the JIT. Here is when matters became dicey and each day was a seesaw, with aspersions being cast on its composition and the conduct of the investigation.

At the same time, the accusers also finding themselves in the dock are also a logical outcome of the fight, which was going to get nasty from the outset.  There are very few people without skeletons in the cupboard. The rules of the holier-than-thou game quickly changed when the sounds of fury in the public sphere took the matter to the SC.

This meant that those pointing the fingers had to work overtime and not only present evidence of wrong doing on part of the PM and his family members, but had to cover their tracks too when the three accusatory fingers were found pointing to them.

And the less said about the two most active circuses in town… one playing to a captive audience outside the top court, with the most vitriolic of persons using their tongues as whips, and the almost equally hyperventilating ones on the television channels. Barring a few same voices, the sharp divide was visible on the screens too.

As it is, Pakistanis are a very polarised nation. The ‘for and against’ camp is fully entrenched in its positions. However, is the entire nation sitting agog waiting for a debacle? On the other hand, are there people going about their businesses doing what needs to be done, come what may? Yes, we did see the stock market nosedive, but that was expected, given the uncertainty.

What was interesting to the bystanders holding bowls of popcorn was the manner in which the credibility of some of the pillars of the state was being eroded, and cemented for some others.

After a wait and watch for the sound of the boots, despite the July 5 analogy being drawn by many prophets of doom, especially as that was the ‘day of judgment’ of sorts, the hopefuls quickly went into the selective amnesia mode and reposed all their faith in the Judiciary, the institution that history of Pakistan looks askance at.

So now what? Do we wait until the ‘reserved’ judgement of the Supreme Court decides the fate of the prime minister? What if he is removed, or even disqualified? So was another prime minister in the last term. What happened then? Another member of the ruling party became the PM.

Oh! There will be celebrations galore from the camp that wants to see this happen, but then what? Will the system be strengthened to avoid corruption happening again? Will the systemic loopholes be plugged or will the mere moral victory serve as a deterrent to official malpractice?

There are people wondering if the parliamentary oversight and debate are a thing of the past? From which cartoon the children of Pakistan can watch to which milk brand to drink and to which PM to keep and who to kick out, is there to be a concentration of all that decision-making in the courts?

There is this constant lament of the state institutions like the State Bank, the FBR, NAB and the Election Commission have been stripped of their authority and made subservient to the government of the day. Well, what about channels of accountability of parliamentarians… whether they are an ordinary member or a leader of the opposition or the government! No one should be above answering questions on that forum.

Too many blurring of the lines have taken place, probably deliberately so. People are left wondering if they are witnessing a moral, legal, criminal or political case. While no one wants to associate themselves with tainted persons, Pakistanis have an amazing tolerance for the type of persons they elect as their rulers, despite their past ‘exploits’. There needs to be a societal debate and dialogue over whose will should be allowed to prevail.

There are no easy answers to any of these questions. There has to be a cleansing process that weeds out the corrupt and does not allow them to enter public service, which is what political representation is all about. And the yardstick should be universal, and not subjective, or hostage to a certain mindset that has plagued our country due to powerful individuals calling the shots.

It would be delusional to think that the current Panama ka hungama will prove to be that filter. Whatever the decision, once it is unveiled, the two opposing camps are set in formaldehyde. The ascertaining of guilt will not sway opinions. There are very few neutral bystanders left… except those who think that whoever comes or stays, they will still be struggling to get the basics.

Do not believe me? Just take a look at this Gallup Pakistan poll on the post-JIT report which has come out after all the water that has flown under the Panamanian bridge.

Meanwhile, the percentage, which considers the following credible or trustworthy, either a lot or somewhat trustworthy are:

I rest my case!