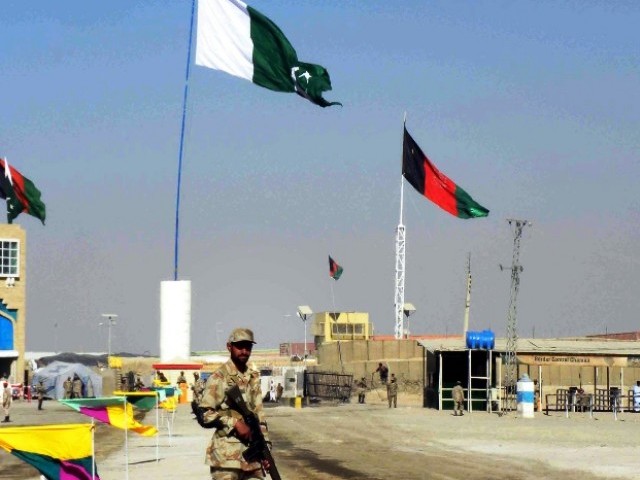 An FC statement said the attacks in Kurram and Mohmand agencies were carried out from across the Afghan border. PHOTO: Express

PESHAWAR: Pakistani border guards have repulsed two terrorist attacks on their posts in Kurram and Mohmand tribal regions over the past two days, inflicting casualties on the attackers.

The paramilitary Frontier Corps confirmed the two cross-border attacks in a statement without sharing details with the media.

An unspecified number of heavily-armed terrorists from the outlawed Tehreek-e-Taliban Pakistan (TTP) sneaked into Kurram Agency from neighbouring Afghanistan and attacked the Bezo border post of the paramilitary Thall Scouts, according to official sources.

The paramilitary troops manning the post successfully fought off the attack, killing four attackers – including a key commander of the TTP, Saifullah aka Gilamand – in the skirmish.

The second cross-border attack took place in Mohmand Agency early Saturday morning, officials said. It wasn’t immediately known how many terrorists carried out the attack which was valiantly repulsed by Pakistani border guards. The FC claimed the attackers had suffered heavy casualties before fleeing back to their sanctuaries across the border.

TTP terrorists have found safe havens in north-eastern and eastern Afghanistan after their rout from the tribal regions as a result of a series of military operations. The terrorists have been using these sanctuaries as a springboard for mounting attacks on Pakistan’s border regions.

Pakistani officials have repeatedly asked their Afghan counterparts to dismantle the TTP sanctuaries in their territory, but Kabul has been reluctant to go after the TTP terrorists.

Pakistani military officials and defence analysts have said that an effective border management system is mandatory to eliminate terrorism as peaceful border is in the best interest of both Pakistan and Afghanistan.

Islamabad has set up border management systems on the 100-kilometre-long border in Mohmand and Bajaur agencies in an attempt to deny the terrorists ease of movement.