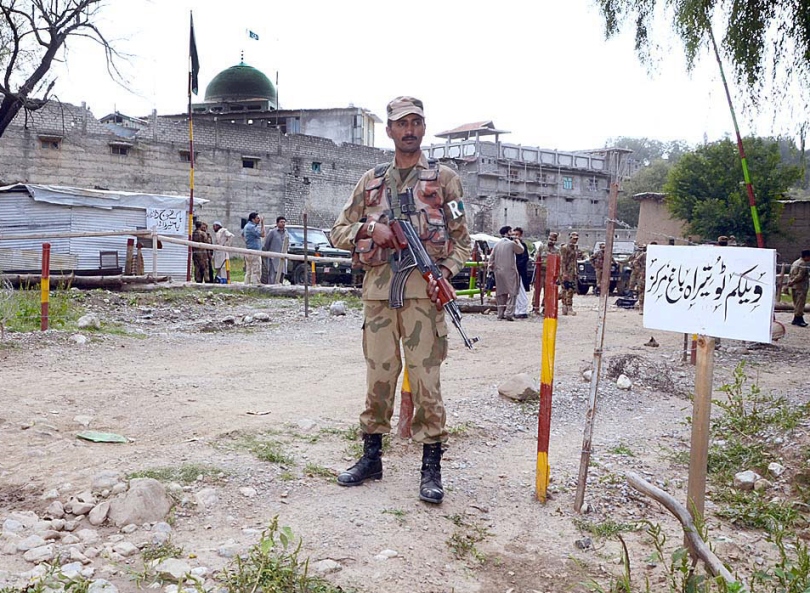 LANDIKOTAL: Residents of a Khyber Agency village bordering Afghanistan have been asked to evacuate after shelling from across the border killed three people, including a child, two days ago.

Around 3,000 people of Sheenpokh village, which houses as many as 73 families, were asked to leave the area as part of the precautionary measures being taken by the agency administration, official sources told The Express Tribune on Sunday.

Most residents are voluntarily moving out of the village to take a temporary refuge in other areas of the agency, the sources added. Jamaatul Ahrar, a splinter group of the outlawed Tehreek-e-Taliban Pakistan, had claimed responsibility for the mortar shells fired previously.

Last month, Pakistan Army claimed to have killed several terrorists, who had crossed over from Afghanistan, in targeted airstrikes in the agency.

In August 2016, the military mounted a relatively small-scale operation, codenamed Khyber-III, to secure Tirah Valley and deny terrorists ease of movement between the Khyber and Kurram agencies, and between Pakistan and Afghanistan. Since then, the writ of the state has been re-established in the region and life has started returning to normalcy.

PTI distances itself from MNA after controversial remarks on Malala