Son says he could not pull the trigge­r out of parent­al respec­t
By Our Correspondent
Published: June 4, 2017
Tweet Email 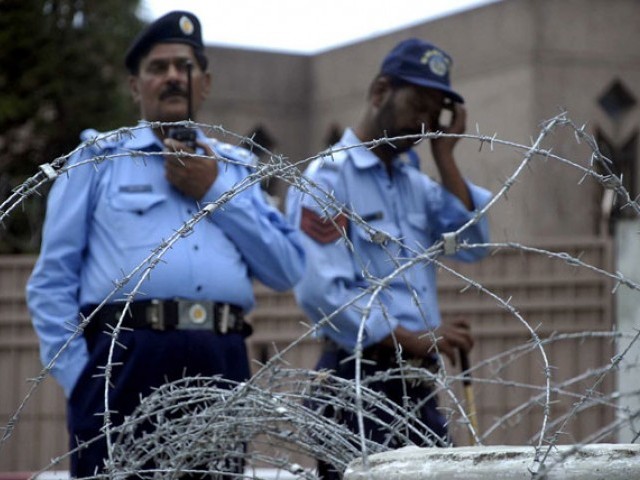 Son says he could not pull the trigger out of parental respect. PHOTO: ONLINE

SHANGLA: In a rare incident of honour killing, a woman killed her husband at a village in Shangla, claiming he had been repeatedly assaulting their daughter-in-law for the past three months.

The woman, Begum Bibi, told the police she had killed her husband Gulbar Khan because he had lost respect for his relatives.

The rape victim’s husband, an FC soldier knew what his wife was going through, but said he could not pull the trigger out of sheer respect for his father and had planned to leave home once he came back from training.

Alpuri’s Headquarters DSP Amjad Ali Khan told The Express Tribune, that they had received reports of a murder in the Zara village of the district on Thursday. A police party went and arrested two women, who handed over the pistol and readily confessed their crime.

Both the women were presented before a sessions court on Friday, DSP Amjad Ali said.

Begum did not hesitate in admitting  that she had killed her husband, Ali said. Gulbar Khan was sleeping in his room when she opened fire on him with a pistol, while their daughter-in-law also helped her, the DSP said quoting the suspects statement before the court.

“I killed him because he didn’t respect family and relations,” Begum told the court while recording her statement under section 164 of Criminal Procedure Code in the sessions court.

According to Begum, their son Wakeel Khan, was employed in FC and was on training since the last few months. In the absence of Wakeel, his father forced his wife into an ‘illicit relationship’ and the practice continued for three months, she said.

During her confession she added, “I decided to kill him when he refused to give up his evil practice.”

Mother of three, ‘paramour’ killed in Nawabshah over ‘honour’

Police also produced Wakeel Khan before the court on Saturday. The husband told the court that he was split between respect of parent and honour of wife and had finally decided to leave home. Wakeel said his wife had also told him about his father’s action, “but due to parental respect, I couldn’t kill, him, but informed my mother, that I will leave home after my return.”

A case was lodged against the three under Section 302 of the Pakistan Penal Code and the court sent Begum, Wakeel, and his wife to jail under judicial remand.