Due to neglig­ence of the admini­strati­on, the public librar­y now lies in a shambl­es
By Shamsul Islam
Published: May 28, 2017
Tweet Email 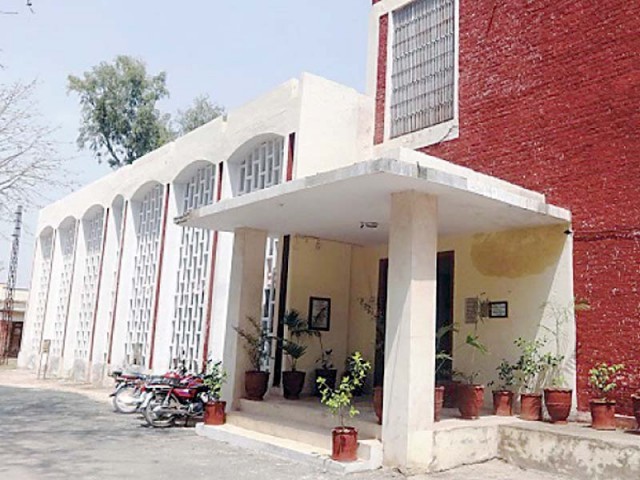 FAISALABAD: Once seen as a model library across the Punjab owing to its infrastructure, maintenance, book keepings, the Public Library Toba Tek Singh has lost its utility due to the apathy of district administration and functionaries of Zila Council.

Toba Tek Singh, which was part of District Faisalabad, was upgraded in 1982 as a district, but there was no public library for a population of more than three million. So, in 1985 the foundation stone of a building over an area of two kanals within the premises of the Zila Council on Rajhana-Toba Road was laid. The library was completed in 1987.

The building of the library includes three big halls furnished with furniture and other paraphernalia for reading, three separate rooms for reading and a computer lab. Arrangements were made to provide conducive environment to the readers. The library was divided into a number of sections on the basis of subjects which included history, maths, science, commerce, English and a number of other sections and sub-sections. It was a model library.

Books as far as the eye can see

Initially, the library was seen crowded with students and bibliophiles. The library administration also launched registration drive for and as many as 3,500 members were registered with a fee of Rs100. Annual subscription charges were just Rs300 while one could become a lifetime membership with a payment of only Rs1,000. There are 289 lifetime members of the library.

Apart from the provision of more than 25,000 books on history, biography, science, medicine, general knowledge and other subjects, separate sections for Islamic and children books were also set up. Besides, the library has separate reading rooms for girls.

Likewise, four other reading rooms with hundreds of books were set up in Chak No 339 JB (Naya Lahore), Hill Fathiana Kamalia, Chak No 296 and Chak No 664/5 JB under the supervision of public library.

However, these four reading rooms are now no longer operative and turned into the offices of several government departments.

In 1995, a survey was conducted by a special team of the army to ascertain the conditions of public libraries in the province. After inspection, Toba Tek Singh Public Library was declared one of the best and a model library in the province. However, due to constant negligence and indifferent attitude of the district administration, the library has lost its utility. The callousness of the administration can be judged from the fact that post of librarian is vacant since 2008 following the retirement of librarian Muhammad Nazir.

The other staff has either been retired or transferred to other places by the administration of the Zila Council. No new books have been purchased since long. The computer section has been closed down for the want of staff. The numbers of the daily newspapers has been reduced to only four. Spider webs can be seen on the walls and bookshelves have been covered with dust like a forsaken place.

Sanctity of Jinnah’s Mausoleum and 54 heritage sites at stake

Abdul Karim, a junior clerk, told The Express Tribune that no new books were purchased for over a decade. Muhammad Aslam, a student of Government College Toba Tek Singh, said the library provided very healthy environment for acquiring knowledge for the students as well as people from all walks of life.

“Since library’s atmosphere is very calm and disciplined, it helps us concentrate on reading. However, the condition of this library is miserable and has made it almost inaccessible for people,” he regretted.

Saleem Asmi, a student of MSC at University of Agriculture Faisalabad, Toba Tek Singh campus, was of the view that a library plays a vital role in the life of students.

“Some of the books are very rare and hardly can be found in the market but these books are available in libraries,” he added.

When contacted, Zila Council Toba Tek Singh Chairperson Fauzia Khalid Warrach told Express Tribune that the elected members of local government have taken over the affairs of the Zila Council. “We are confronted with serious financial crisis and in such circumstances we cannot provide required funds to the public library to make it fully functional,” she remarked.

No one can deny the importance of the libraries but the fact is that they are no longer on the priority list of the public representatives. Also with the advent of the social media, cell phones and internet the libraries too received setbacks to alarmingly extent and aggravated the menace of tolerance in the society at large.