Sanctity of Jinnah's Mausoleum and 54 heritage sites at stake

Sanctity of Jinnah's Mausoleum and 54 heritage sites at stake 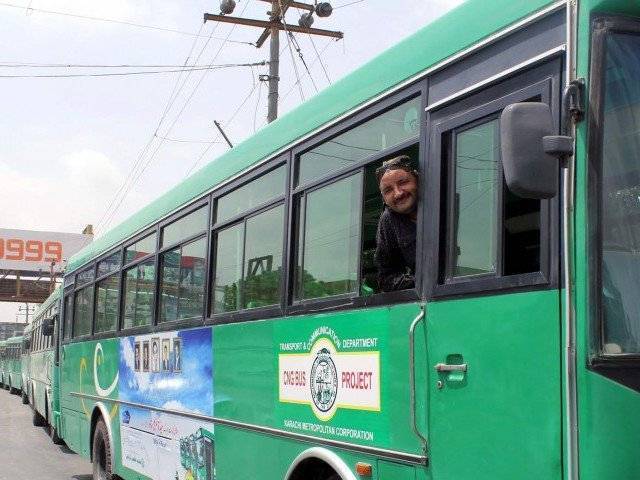 KARACHI: The federal government’s pressure to construct the Green Line Bus Rapid Transit (BRT) system before the general elections, 2018 may put the sanctity of Quaid-i-Azam’s Mausoleum and around 54 other heritage sites at stake.

In order to ‘gift’ a metro bus service to the people of Karachi, the federal government is funding the Green Line BRT, which was initially supposed to run in segregated lanes from Surjani Town to Gurumandir where it was supposed to join the Blue Line BRT. The Blue Line BRT, which is supposed to run from Sohrab Goth, was supposed to take over the route till Merewether Tower. However, due to delays in the latter, Prime Minister Nawaz Sharif announced last year that the Green Line’s infrastructure will be extended till Merewether Tower.

The project, initially estimated to be worth Rs16 billion, is now likely to cost around Rs24.6 billion because of the additional loop being constructed till Tower.

In order to construct this additional loop, architects and urban planners from around the city were taken on board and several field trips were arranged by the Karachi Infrastructure Development Company Limited (KIDCL) to understand the ground situation of Saddar, in which there was a consensus on not constructing any elevated structure on MA Jinnah Road.

However, an official of KIDCL’s management board told The Express Tribune on the condition of anonymity that all the suggestions and expert opinions of the urban planners were put aside, as the federal government exerted pressure to construct the project before the elections.

Due to this, a portion of the Green Line’s segregated track would be elevated on MA Jinnah Road from before Taj Complex till Municipal Park, where an elevated rotary would be constructed.

Apart from this, the visibility of the podium at Jinnah’s mausoleum would be affected.

KIDCL Chief Financial Officer Zubair Channa explained to The Express Tribune that there will be an underpass from Gurumandir till Numaish and after that a one kilometre flyover with a rotary would be constructed till Municipal Park as they do not have the option to go underground due to the presence of the Frere Nullah and several other utilities that would be nearly impossible to relocate.

Orange Line moving along: 5 stations to be handed to contractors

To this, one of the consultants of the project told The Express Tribune on the condition of anonymity that the World Bank’s report for the mass rapid transit system along MA Jinnah Road till Tower was underground. “Bigger projects require a bigger heart [willpower],” the official said, adding that it could only be completed if the project is delayed by a year. “Underground tunnels are being constructed beneath oceans but we cannot relocate just one nullah. This is absurd,” he criticised.

Refuting claims of pressure from the federal government to construct the Green Line before the elections, Channa said that it would be insane to dig up the underpass on main MA Jinnah Road for months and create a severe traffic mess on the roads in the process.

A civil engineer of the Quaid-i-Azam Mazar Management Board, Jawad Mughal, shared that according to their bylaws, no elevated construction could take place within a 1.2km radius of Jinnah’s tomb. The elevated structure, Channa explained, is at 1.7km distance from the mausoleum.

Philosophy behind the Jinnah mausoleum

Professor and co-chair of the department of architecture and planning at NED University, Dr Anila Naeem, who is also a member of Sindh’s technical committee for heritage sites, has mapped hundreds of declared heritage structures in Saddar.

“These heritage sites have prestige,” she said. When asked whether there is any bylaw restricting construction of elevated structures in front of heritage sites, she explained it is a matter of common sense that the heritage sites’ visibility should not be compromised. She said there is a law stating that the façade of any heritage site cannot be destroyed.

The alignment of the podium, she said, is not straight, as engineers at that time wanted visibility of the podium along MA Jinnah Road and Sharae Quaideen. “One may compromise on [other] heritage buildings but there won’t be any compromise on the sanctity of Jinnah’s mausoleum,” she warned, adding that today the podium of the mausoleum is visible from Municipal Park but after the construction of the rotary flyover it will be hidden.

‘Sindh government will lay foundation of KCR by September’