ISPR says gate has been opened for Ramaza­n at reques­t of Afghan author­ities
By Our. Correspondents
Published: May 27, 2017
Tweet Email 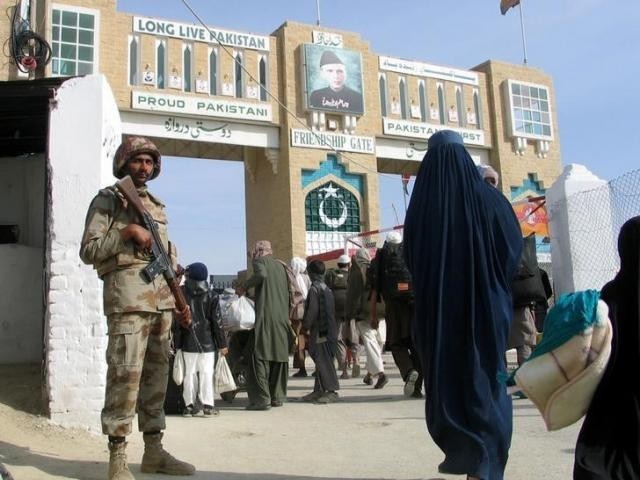 RAWALPINDI: Pakistan, on Saturday, opened the Friendship (FS) gate in Chaman on humanitarian grounds for Ramazan, the Inter-Services Public Relations (ISPR) said in a statement.

The gate was opened at the request of the Afghan authorities. “Since the Chaman incident, Pakistan has its area under effective control having pushed back Afghan Border police troops.”

“It has been agreed upon by Pakistan authorities that cease fire shall continue to be maintained and no border violation will be acceptable,” the army’s media wing added. It was further stated that Pakistani troops will maintain their positions along the International Border in Killi Luqman and Killi Jahangir, on Pakistan’s side of the border.

At least 10 people including an FC personnel and women, children were killed and 47 others injured when Afghan forces targeted troops guarding a census team in Chaman.

“Afghan forces entered Pakistan and occupied houses to take position and launch an attack,” the IG FC said during a news conference on Sunday afternoon.