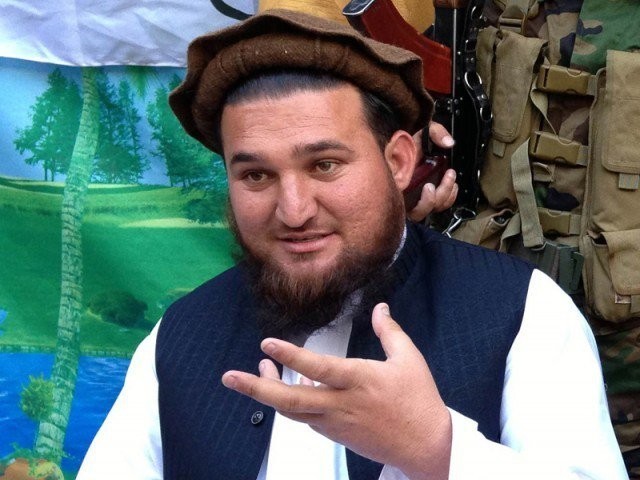 ISLAMABAD: In a crucial development, a parliamentary panel strongly criticised the ‘special treatment’ being given to former Tehreek-e-Taliban Pakistan (TTP) spokesperson Ehsanullah Ehsan.

The members of the Senate’s Standing Committee on Interior and Narcotics demanded to stop treating Ehsan like a guest.

During the meeting on Monday, Senator Colonel (retd) Tahir Hussain Mashhadi urged to interrogate Ehsan under the law of the land and treat him like a terrorist instead of presenting him as a guest on TV channels and feeding him meals of a five-star hotel.

“He is among those who played football with the severed heads of our soldiers and now he is being presented on media channels smiling away,” he said.

Upon receiving no satisfactory response from a top official of the Ministry of Defence regarding interrogation of Ehsan, Senator Muhammad Saif lashed out that how come Ehsan was presented on TV channels without being debriefed properly.

Joining Mashhadi, Senator Saleh Shah said, “Presenting his confessional statement on media has besmirched the image of the government.”

Comparing the crimes committed by Ehsan with those of Indian spy Kulbhushan Jadhav, Shah feared that Ehsan might advise Jadhav to act on the same modus operandi on which he did to save his own skin.

Senator Israrullah Zehri questioned the state over their view of good and bad Taliban. The official of the defence ministry replied that there is no discrimination in this respect.

Furthermore, Senator Shah was of the opinion that a group of Taliban was being sponsored by the government to set up offices in D I Khan, Tank and Bannu.

He said, “People of those areas visit the offices to settle their disputes as they know the government is facilitating the group.”

Senator Saif said, “People like Ehsan are not those types of persons who will hear the call of conscience, as is being depicted, instead they are an ideologically motivated breed.”

He said he was the first person who had claimed responsibility when Malala was attacked.

“He should be arrested in the FIR of Malala’s case. He should be nominated in all cases for which he claimed responsibility,” Malik said. “If you want to give him relief, it can only be given by the president of Pakistan after due process of law. His glorification is against the law. He had no symptoms of being ashamed in his confessional statement.”

He said the entire nation wants to see him hanged. He said he deserves punishment like that of Jadhav.

The additional secretary of the Ministry of Defence narrated a few terrorist activities which Ehsan had claimed responsibility for as the spokesman of TTP.

He said Ehsan belongs to the generation which is doubtful about its future and that’s the main reason behind his surrender for the sake of his own future and his children’s.

Malik also inquired as to why Khawar Qureshi was awarded Rs75 million as fee to plead the Pakistani case regarding Jadhav in the International Court of Justice and not attorney general of Pakistan.

He said, “It seems it was a pre-fixed match.”

On the recovery of heroin from a PIA flight at Heathrow Airport in London, Malik said, “The drug was concealed in panels of the aircraft … it could not have been done without the compliance of the management.”

He also asked for briefing over the issue as well.

Three members of the committee, Israrullah Zehri, Shibli Faraz and Aajiz Dhamra staged a token walkout to register their protest against the absence of interior minister during the past four years from the committee’s meetings.