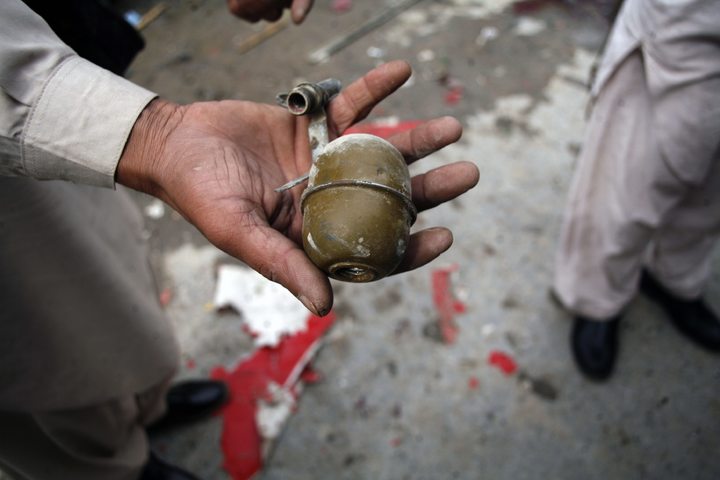 KARACHI  : At least seven people were wounded when motorcyclists hurled a hand grenade near the residence of Lyari kingpin Uzair Baloch.

According to details, the injured have been shifted to the Civil Hospital for medical treatment and their condition is said to be serious.

A heavy contingent of Police and Rangers reached the site and investigations are underway.

The police believe that a rival group could have behind the incident.

The Lyari gang leader, who was arrested by the Rangers from the outskirts of Karachi last year, has been under Army custody.