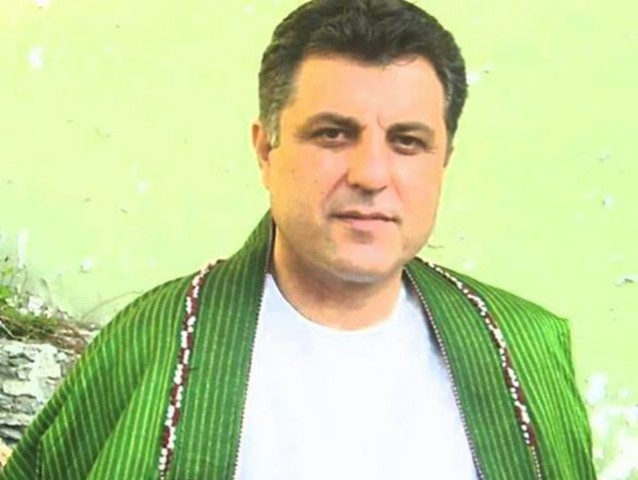 ISLAMABAD: An Afghan lawmaker has claimed that Afghan and Indian intelligence agencies and some “other parties” are out for his blood after he called the Durand Line an internationally recognised border between Afghanistan and Pakistan.

Abdul Latif Pedram, head of the National Congress Party, told influential Afghan newspaper Arman-e-Milli in an interview that he suspected that Indian intelligence was part of the plans being hatched against him because India wants to serve its own interests in the country in view of the ongoing differences between Afghanistan and Pakistan.

Pedram, who is an ethnic Tajik and a member of the Wolesi Jirga, the lower house of parliament, from the northern Badakhshan province, has been under fire since he made the remarks earlier this month to reporters saying his party recognises the Durand Line as an official border.

Some Afghan MPAs have reportedly demanded that he should be stripped of his parliament membership and stoned, while local media has also criticised him.

“Pedram should be questioned inside the parliament as well as in the court of public opinion, because this is a vital matter for the Afghan territory and nation,” the Afghanistan Times wrote in an editorial. “Statements in favour of recognition to the Durand Line as a permanent border with Pakistan would be an insult to our martyrs. Territorial history and integrity cannot be compromised at any cost,” it added.

The MP’s remarks and the subsequent reactions reflect the deep divide within Afghanistan over the approximately 2,500 km Durand Line, which Pakistan calls a “settled and closed chapter”. But Afghan leaders insist its fate will be decided by a Loya Jirga, a council of Afghan elders.

Pedram told Arman-e-Milli that security threats against him have been increasing because of his statements urging the Afghan government to formally accept the Durand Line as a border, and because of that “some parties” plan to eliminate him.

“My statements regarding the crisis around the Durand Line echoes the dark realities of today’s Afghanistan and the people of Afghanistan want this crisis to be solved immediately,” the newspaper reported, quoting Pedram.

Pedram said his position on the Durand Line has its supporters and opponents, but he believed around 80 per cent of Afghans want the border to be formalised.

“My latest position is the reason why security alerts are high and my life as well as my colleagues’ lives are in danger,” the Afghan lawmaker said.

He added that he learnt through a credible source that the National Directorate of Security, the Afghan intelligence agency, is trying to create files and cases against him, while the National Security Council was also trying to influence him.

“A large plot is in the making and some circles are trying to physically eliminate me,” the Afghan leader claimed. “The conspiracy is not only against me, but also focuses on my supporters in different government organisations.”

Pedram insisted he will not retreat from his position and will work to champion the idea as a plausible solution to Pak-Afghan differences.

Like Malala, Pakistanis will reject those who challenge its vision: Lodhi