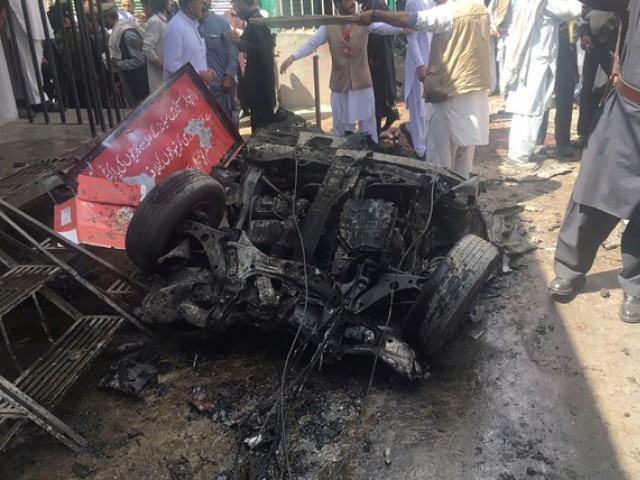 Security officials and residents gather at the site of a powerful explosion at a market in Parachinar, capital of the Kurram tribal district, on March 31, 2017. PHOTO: AFP

PARACHINAR: At least 23 people were killed and 100-plus wounded when a suicide bomber detonated a car ‘rigged with explosives’ outside an Imambargah in a busy marketplace in the main town of Kurram tribal region on Friday. The grisly violence sparked angry protests by local residents in Parachinar, the administrative headquarters of the agency, which is prone to sectarian violence.

Jamaatul Ahrar, a splinter group of the outlawed Tehreek-e-Taliban Pakistan, claimed credit for the deadly bombing in Parachinar, which came less than two months after a bomb ripped through the main vegetable market in the same city on January 21.

“A car cruised through the market and pulled up outside the main entrance to the Imambargah where it detonated with an ear-splitting bang,” eyewitness Manzar Hussain told The Express Tribune. The entrance is reserved for female members of the local Shia community. Security officials confirmed it was a suicide car bombing.

Chaos, pure primal chaos ensued. Survivors were hiding inside shops, then stumbling through dust-choked air filled with the sound of screams, tripping over bodies as they searched for the wounded in the market. “I saw a child and three women lying in a pool of blood,” Manzar said. 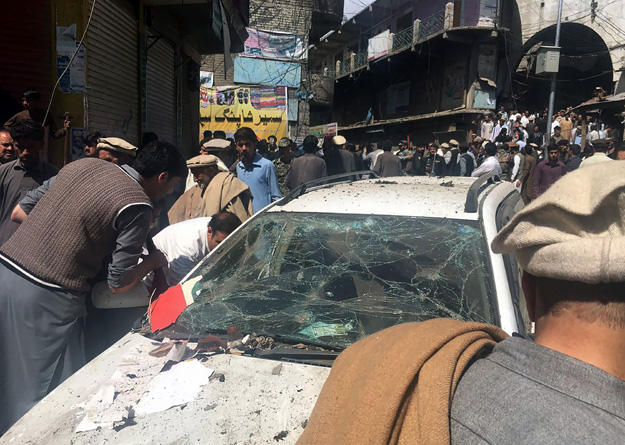 A car bomb tore through a market in a mainly Shia area of Pakistan’s tribal belt, officials said, in an attack claimed by the Taliban. PHOTO: AFP

A security official said that security had been at stepped up in Kurram Agency since January this year. However, local lawmaker Sajid Hussain Turi claimed that threats to the Imambargah conveyed to the political administration two months ago had been ignored.

The Jamaatul Ahrar faction of TTP claimed responsibility for the attack in a message sent to media outlets and identified the bomber as Abu Darda, a resident of Mohmand Agency. The group claimed that the target was the Shia community.

The attack comes after a wave of terrorist violence killed 130 people across the country in February, unnerving citizens who had been emboldened by improving security and prompting a military crackdown. Prime Minister Nawaz Sharif condemned the attack, urging ‘complete annihilation’ of terrorism in the country. (WITH ADDITIONAL INPUT FROM AFP)

Revival of army courts not a solution: SCBA chief