At least 24 people, including two minors, were killed and nearly 70 others sustained injuries in a blast in Parachinar, capital city of the Federally Administered Tribal Area (FATA), on Saturday.

“The blast occurred in Eidgah Market’s Sabzi Mandi as people were busy in buying vegetables,” political agent Kurram Agency Ikramullah told The Express Tribune. “At least two dozen people lost their lives and 67 others got injuries,” he added.

At least 28 killed in suicide blast at Mohmand Agency mosque

Hours after the incident, the outlawed Tehreek-e-Taliban Pakistan (TTP) claimed responsibility for the blast.

A senior security official claimed the explosion was caused by a remote control bomb, which went off at 8:50am, peak hours of business in the area. The official added that it was too early to draw conclusions. 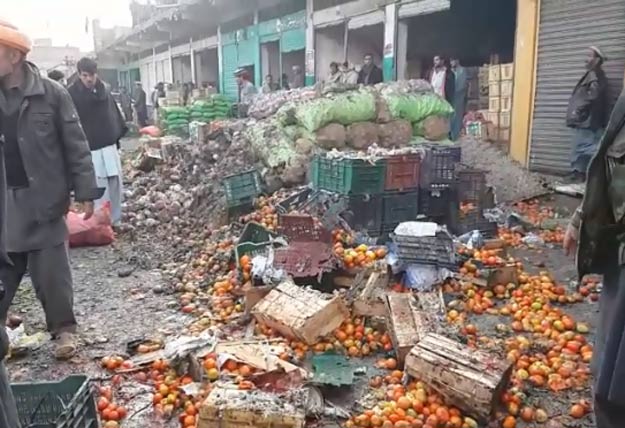 A view of Eidgah Market’s Sabzi Mandi after the blast. AN EXPRESS NEWS SCREENGRAB

This was the fourth attack in recent years in Parachinar’s Eidgah Market. According to a political administration official, 2016 was relatively peaceful in the area, however, this incident was going to cast a shadow of doubt regarding peace in the area.

A statement from the Inter-Services Public Relations confirmed 20 casualties and 30 injuries. Some of the injured will be airlifted to Kohat and Peshawar if needed, read the statement.

“There was a loud bang and a thick layer of smoke,” an eyewitness Shahid Hussain told The Express Tribune. “We had to carry most of the injured on our backs to private vehicles for them be shifted to the hospital,” he added.

Other eyewitnesses said they saw children soaked in blood after the bomb exploded. The official list of the those killed and injured displayed outside the agency headquarter hospital in Parachinar included names of two minors, who were killed in the incident. 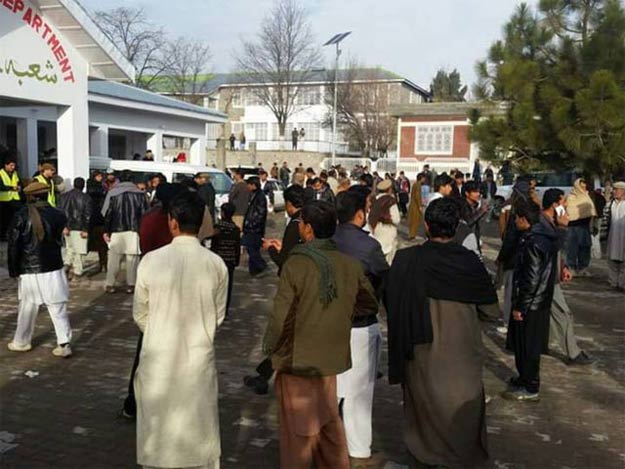 PHOTO: EXPRESSKurram Agency that borders Khost province of Afghanistan is a predominately Shia populated area which has been caught in the sectarian war for more than a decade. However; the situation had been relatively peaceful in the last year and a large number of displaced families had returned to the area. There have been two incidents in the last two months where security officials managed to foil major attacks when a suicide bomber was gunned down at the Kharlachi border post and when a donkey with explosives was intercepted in a village near the border.

At least 28 killed in suicide blast at Mohmand Agency mosque