Distri­ct Food Contro­ller along with a squad of office­rs from the Shams Colony police raided a spot
By Our Correspondent
Published: March 25, 2017
Tweet Email 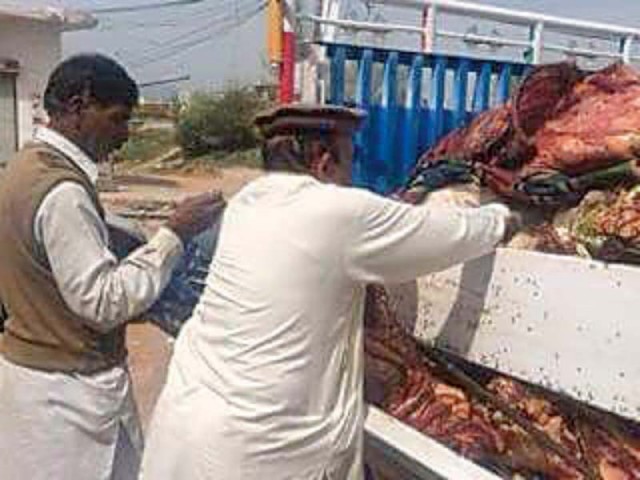 ISLAMABAD: Police and the Islamabad food department on Friday arrested three people and seized 1.280 tonnes of unhygienic meat which had been brought from Jhang for sale in Islamabad and Rawalpindi. Following a complaint, District Food Controller Raja Muhammad Ashraf along with a squad of officers from the Shams Colony police raided a spot.  The police arrested three suspects identified as Waheed, Ayaz and Arshad for transporting unhygienic meat. A vehicle carrying the potentially hazardous meat from Jhang was also confiscated. During the preliminary investigation, the suspects disclosed that they wished to sell the meat in Islamabad and Rawalpindi. Further investigations were underway after registration of the case.