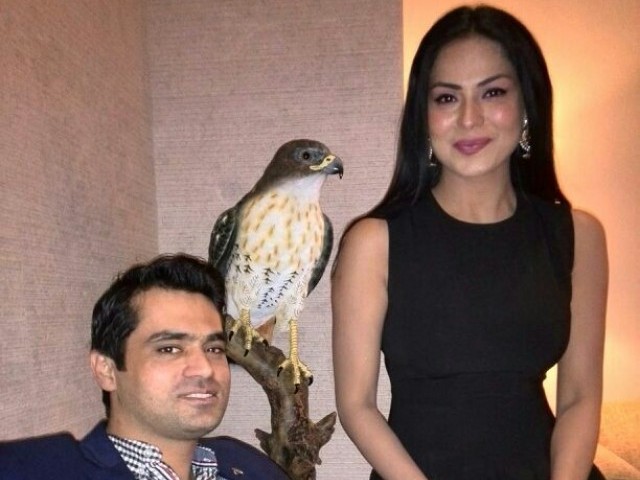 KARACHI  : In an effort to patch up differences between an estranged couple, religious scholar Mufti Naeem gave Veena Malik and husband Asad Khattak three months to reconsider their divorce plans.

After over three years of marriage, Veena had reportedly filed for divorce earlier this year. However, the case came in the media limelight last week. The couple have two children.

After a meeting with the couple at his seminary, Jamia Banoria, Karachi, the religious figure held Khattak responsible for “wrongdoing” but said the couple was given three months to reconsider their decision to split.

I may join politics in the future: Veena Malik

“Asad Khattak has confessed his crime of torturing Veena, spending her bank balance and even selling property,” Mufti Naeem told The Express Tribune. “The court decree about the divorce is non-maintainable. Veena filed the case in a family court, Lahore and the decision came in her favour without hearing Asad, who was abroad. Hence, as per Islamic teaching, it is not divorce, but a one-sided decision.”

“Since her husband has realised his mistakes, we attempted for their reconciliation because the children will ultimately suffer,” he said. “We have decided… Asad will pay Veena Rs0.3 million every month such that she can look after the children.”

The couple, the religious scholar said, will live separately for at least three months till Veena comes up with new conditions. “If her husband agrees to those conditions, the matter will again be referred to court,” he added.