Must-win match for both sides to qualif­y for next round of Pakist­an Super League­
By Nabil Tahir
Published: February 25, 2017
Tweet Email 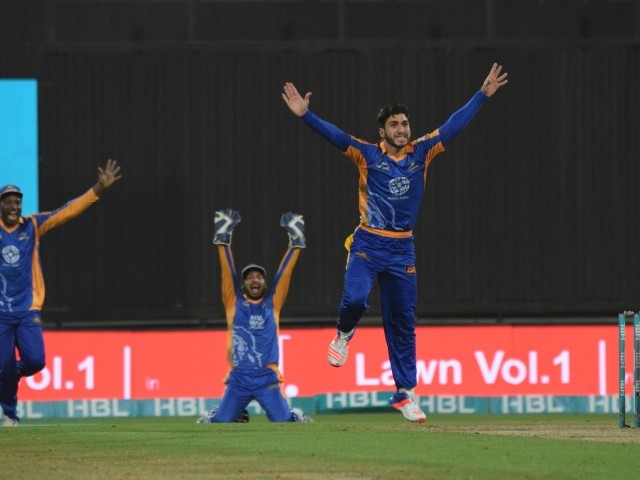 DUBAI: Karachi Kings go into their game against arch-rivals Lahore Qalandars knowing full well that anything less than a win will be a hammerblow to their chances of qualifying for the play-offs of the second edition of the Pakistan Super League.

“We are in a dangerous position right now after losing the last match [against Quetta Gladiators],” admitted Karachi Kings skipper Kumar Sangakkara, while talking to The Express Tribune. “We made some big mistakes in the last match; we wasted too many balls and in the end set up a low total for a team like Quetta.”

Sangakkara, who has impressed in the PSL after promoting himself to an opener, feels his side were at least 30 runs short. “A score of 180 would have been a good total to defend,” he said, but added that the batsmen are not the only ones to blame. “Our bowlers were also unable to take wickets.”

Now, up against the wall, the legendary Sri Lankan batsman knows Karachi have no room for mistakes. “We have to work on our weak areas and come up with a good combination of players,” he said. “The next match is against Lahore, who have impressed so far and seem to be in good form. We have to work really hard since that is a must-win match.”

Sangakkara knows Karachi must treat every match as a final now. “The next two matches are crucial for us and must win both if we are to make it to the play-offs,” he said. “We hope to see some good cricket from our players.”

Lahore, on the other hand, know that they are still not out of the woods and defeat against Karachi can condemn them as the tournament’s worst side for the second year running after they lost their last game to Peshawar Zalmi.

Runaway leaders Quetta Gladiators became the first team to qualify for the play-off stages and opener Asad Shafiq was the latest of a plethora of players to hail the dressing room environment of the team.

“The environment in the dressing room is great; it doesn’t matter whether the player is a senior or a junior, they are all treated in the same way and everyone gets to learn a lot from each other,” said Shafiq.

“That is reflected out on the field, where the player know each other so well that they know what to do at what moment,” he added. “Credit for this must go to our coach Moin Khan.”

But Shafiq says the tournament’s most impressive side so far is not getting too carried away. “We are taking this game by game,” he said. “We have made it into the playoffs and hope to make it to the final and win the trophy as well, but for now we have to play each game as well as we can.”