Gladia­tors chase down target of 155 with one over to spare
By News Desk
Published: February 24, 2017
Tweet Email 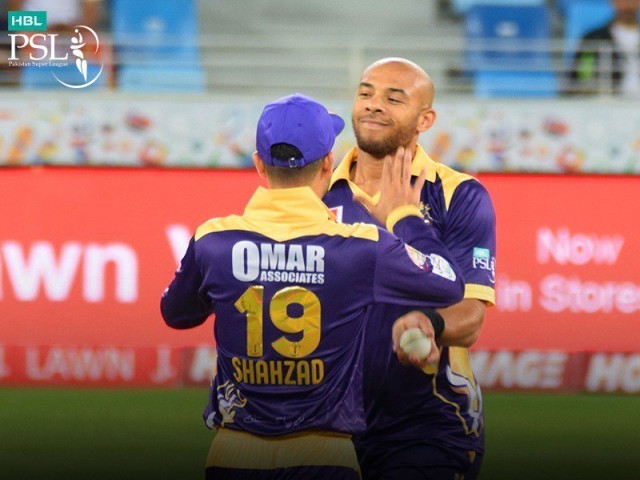 Chasing 155 to win the match, both openers showed their class on the top of the order, and scored 105 runs for the first wicket to hand their team an easy win.

Shahzad finished the innings with the top score of 54 off 40 balls, which included four fours and three sixes, whereas Asad Shafiq racked 51 off 38 balls with the help of six fours and a six.

Earlier, after being sent in to bat first, Karachi had another dream beginning thanks to captain Kumar Sangakara and Babar Azam, who added 63 runs for the first wicket.

However, once Sangakara departed in the eighth over, Kings lost their way due to some clueless batting, especially from the likes of Chris Gayle, and only managed to score 154 runs for the loss of six wickets in their allotted 20 overs.

Young Babar finished the innings with the top score of 36 off 37 balls, whereas West Indian all-rounder Kieron Pollard scored 31 off just 19 balls.